Samsung is on a roll this year as it has pushed the latest security updates quite faster than the preceding years. For example, Galaxy Note 10 family of phone have already received the November security patches.

Not only this, but the company has also pushed in the fixes for the “fingerprint-gate” issue on the Galaxy S10 and Note 10 devices. And in a recent development, three major US carriers – Sprint, Verizon and T-Mobile – are reportedly rolling out the November 2019 security patch for Galaxy S10e/S10/S10+.

Let us take a look at the updates received for Galaxy S10, one by one.

Verizon has pushed in the November security update for the Galaxy S10 that carries version number G97xUSQS2BSIV. It also tags along fingerprint performance enhancements as well.

Below is the screenshot and the official changelog of the update:

This software update improves fingerprint recognition performance and gives you the most up to date Android security patch on your device.

If you’ve used a screen cover, such as a silicone cover with a textured surface on the inside, your device may contain incorrect fingerprint information that may cause recognition issues.

This update seems kinda similar to the one received on the Verizon variant for the Galaxy Note 10 that was pushed a couple of days back.

Another major US carrier network, Sprint has pushed the same November security patch for the device. Notably, this also brings in some improvements for the fingerprint recognition algorithm for Galaxy S10.

The new update carries the same build number (BSIV) and is based on Android 9 Pie. You can check out the screenshot from the official tracker as well as the changelog of the same, below:

The update is being pushed via OTA in batches and will arrive for all the devices soon. Users on Reddit have also confirmed that the update is now live for Sprint Galaxy S10 units:

T-Mobile has also made the November update live for its Galaxy S10 users with identical build number. Below is the official changelog and the screenshot of the same:

Note that the Exynos variant of the Galaxy S10 has already been served with the November security update that also brought in the fingerprint improvement fix via new firmware. 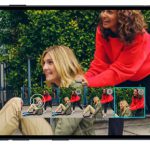