The ‘T’- variant of this year’s OnePlus lineup is here, including the beastly McLaren edition of OnePlus 7T Pro with an astronomical price tag. As suspected earlier, the Chinese OEM launched them with Android 10 based OxygenOS 10 out of the box.

OnePlus also rolled out the stable Android 10 update for regular OnePlus 7 series, but the initial build was riddled with multiple showstopper bugs. They had to stop the OTA rollout event, and a new build was pushed later on.

OnePlus 6/6T also received the OxygenOS 10 OTA a few days ago. Interestingly, the Shenzhen based OEM delivered a bugfix update for the OnePlus 7T series on the same day when the first Android 10 based Open Beta popped up for the former.

Matter of fact, OnePlus 7T received a separate update in past related to camera quality improvement. Apparently the same saga is continuing, as this particular phone is now reportedly receiving October security patch alongside various fixes.

The internal version number of the new update is OxygenOS 10.0.5, while the size of the incremental OTA package is less than 150 MB. According to the changelog, OnePlus engineers included the required fixes to address the (in)famous double tap to wake (DT2W) related glitches.

The official update announcement thread actually went public while writing this article. It helps us to confirm that OnePlus 7T Pro is not getting a similar OTA at this moment. Thanks to our collaboration with the Oxygen Updater team, our readers can download the full update package without waiting in the queue. The following section will be updated as soon as we get our hands on the regional builds.

Don’t forget to tell us about your experiences after installing this update. 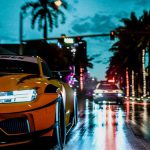