OnePlus’ OxygenOS 10, the Android 10 based custom skin, is a major improvement over the earlier versions. The new OS was already made available to the OnePlus 7 and OnePlus 7 Pro, while OnePlus 7T and 7T Pro were launched with the latest version.

For the OnePlus 6/6T, the stable version was expected to rollout sometime this month.

In October, OnePlus revealed the roadmap of its Android 10 update for its 2017 and 2018 smartphones. At the time, the Chinese company said that the stable OS would roll out sometime in November.

Throughout last month, the company gave signals that it is on track to meet its roadmap for the Android 10 roll out. A couple of weeks back, the OnePlus 6/6T started to get the Android 10 update via Open Beta channel. In China, however, the same update was made available a week before.

The update size is pretty big (1.8 GB), so it is recommended that you use WiFi to download and install it.

Here is the full changelog;

Most of the changes are related to Android 10, such as icon shape customization, new gesture navigation system and more. Some OxygenOS-specific features that are new to the OnePlus 6 series are contextual display feature and keyword blocking.

As always, the rollout process is gradual. It isn’t available in all regions, and that’s why some users reported getting the update using a VPN by connecting to markets where the update is already available, such as Germany.

Also, those who converted a T-Mobile branded OnePlus 6T to the international model are advised to hold off the update until others confirmed that it is safe. Previously, the Open Beta version presented some serious issues for the converted devices.

Thanks to the collaboration between PiunikaWeb and the Oxygen Updater project, our readers can now download the full update package of OxygenOS 10.0 right away. For now, the download link for OnePlus 6 isn’t available (we will update it as soon it is there).

Now that the official update announcement thread is live, we have some news for the anxious OnePlus 6 users.

Apparently the fingerprint module is having some issues with the Android 10 based OxygenOS 10 build, so they need to postpone the build.

Received a message from the PM that the update for OnePlus 6 is not released due to a fingerprint bug. The team is working on it, we’ll keep you posted in this thread. Please stay tuned.

They are now gradually pushing the OnePlus 6 update package since last night. Grab it using the following link:

Majority of the OnePlus 6/6T users are yet to receive the stable update of Android 10. The current build has multiple bugs like no facility to hide the notch. The team is going to push a new build soon. Take a look at this article to know more. 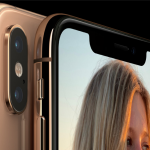