Xiaomi is no stranger to releasing multiple variants of the same phone in various regions across the globe. For instance, the device that some people know as the Redmi K20 Pro is known to others as the Xiaomi Mi 9T Pro.

The former name is common in India while the latter is used in Europe and a few other markets. Usually, these devices get treated to the same MIUI software updates, but we have cases where ROMs for different regions are maintained separately.

In the case of the Redmi K20 Pro and Mi 9T Pro, the ROMs are maintained individually, where the Indian version gets updated on its own while the global, European, Russian and China models also get their own respective updates.

So far, the stable MIUI 11 based on Android 10 has already been pushed to Redmi K20 Pro users in China and India. For those who haven’t seen the OTA, we have the download links in the respective posts.

However, for folks using the same device as the Xiaomi Mi 9T Pro, that is in Russia and the rest of Europe as well as other parts of the globe where the Redmi K20 Pro is unheard of, there is still no sign of MIUI 11 update.

Sure, major rollouts are usually undertaken gradually, so one would understand why the global Mi 9T Pro MIUI 11 update is still missing in action two weeks after the first update arrived in China.

If anything, now would be the perfect timing for the update to arrive, but instead of pushing the most desired update, Xiaomi is now rolling out a minor software update that improves the security patch level of the Mi 9T Pro to October 2019.

The incoming update has nothing to do with the much-anticipated Mi 9T Pro MIUI 11 update nor does it touch on the latest Android 10 OS. Instead, you still get to deal with MIUI 10.3.3.0 based on Android Pie. The OTA weighs in at 463MB.

Going by the official roadmap provided by Xiaomi a while back, though, the Mi 9T Pro MIUI 11 update should begin rolling out anywhere between today and November 12, so yeah, the timing is still on point.

If interested in installing the new ROMs manually rather than wait for the OTA update, we’ve got you covered. Check the links below. Note that we only have the global and Russian ROMs and still no update for the EU ROM.

We will follow up on this matter and let you know when Xiaomi finally pushes the Mi 9T Pro MIUI 11 update based on Android 10. Meanwhile, check out our Xiaomi and Android 10 sections for more related stories. 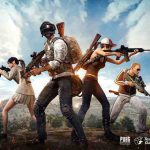