Today is the day you all Xiaomi/Redmi users in India have been looking forward to. The Chinese company is bringing the quad-lens camera Redmi Note 8 Pro to the Asian sub-continent for the first time, but that’s not all.

In addition to the Redmi Note 8 Pro, Xiaomi has also unveiled its official MIUI 11 update roadmap for the global market. The new skin has been rolling out to multiple Xiaomi devices in China over the past week, but it’s only now that we have the official global rollout schedule.

The Redmi K20 aka Mi 9T and Redmi 7 were the first to get the MIUI 11 update in China followed by the Mi 8 and Mi MIX 2S. The update has also been pushed to the Mi 8 SE, Mi 8 Lite, and Mi Max 3 and more recently, the Mi 9SE and the Redmi Note 7 series joined the Chinese party. Beginning October 22, which is next week Tuesday, the stable MIUI 11 update will be available for download across the globe. Xiaomi will roll out the new skin in three phases, with the first batch of devices expected to have received the MIUI 11 OTA update by October 31.

The first batch will begin receiving the MIUI 11 update on October 22 and by the last day of the month, Xiaomi expects that it will be done with the rollout. Of course, this is on the assumption that nothing goes wrong with the initial rollout.

Here are the devices included in the first batch:

Xiaomi will begin the second phase on November 4 and take it all the way to day 12 of the month. The devices involved in this stage are as follows:

If you own any of the phones below, the stable MIUI 11 update will come your way anywhere between November 13 and November 29, however, it has also been suggested that the Redmi Note 8 Pro could join the party in phase four beginning December 18 to December 26.

We also expect that any other device that comes out in the near future not pre-installed with MIUI 11 will also receive the update alongside the Redmi Note 8 family in phase three -or phase four for that matter.

As usual with software update schedules, be warned that any of the above dates can change at any time, but we hope not. Keep an eye on our Xiaomi section to stay tuned to our future MIUI 11 and related stories.

MIUI 11 beta recruitment for Poco F1 & some Redmi phones is open for registration ahead of stable rollout. Details here. 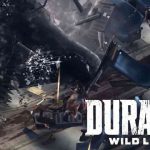