It took many by surprise when the Galaxy A50 October security patch was ready on the final day of September. That was even before Google released the patch for its Pixels.

If you thought it was a fluke, you’ll be surprised to know that Samsung has already released the latest November security patches for Galaxy S10e, S10, S10+, and even the Galaxy Note 10. The Galaxy Tab S4 has also received the November patch in Europe, but only for the Wi-Fi-only model.

Samsung first released the November security patch with Beta 2 of the ongoing Galaxy S10 One UI 2.0 Beta program, but the new patch has also been passed on to those on Android Pie.

The second One UI 2.0 beta update arrived a week ago, but then some people started reporting that the update was locking them out their phones soon after installing it.

I tried unlocking the device by Find My Mobile service, it was supposed to delete the lockscreen password, as well as Biometrics, I was able to access my phone. I thought problem is resolved and tried registering biometrics again, but it asked the password again. Now I thought restarting might fix this, but again, after restart, I’m stuck on lockscreen, and it doesn’t accept any password. And I don’t want to reset the phone, it has important data.
Source

While such issues are some of the bugs to expect in beta software, no one wants to be stuck with software that locks them out of their phones. Apparently, doing a full factory reset fixes the issue, but at the expense of losing your on-device data.

Samsung is also rolling out a hotfix to address the lock screen issue for those in the program. The new Galaxy S10 One UI 2.0 Beta 2 update is arriving as build number ZSJL, up from the previous number ZSJF, which was also a minor increment from the initial build (ZSJ8).

The OTA update weighs in at 132.38MB and of course, it is still based on the latest November security patch that came as part of the One UI 2.0 Beta 2 update.

If the download notification hasn’t arrived on your end, you can grab the download files via the links below and take the ADB route to install the new firmware on your eligible Galaxy S10e, S10 or S10+.

Of course, the same update is also rolling out to all three Galaxy S10 models in the program over the air, so be sure to grab it once it shows up if the above hassles aren’t for you. Chances are it is here to address more than the malfunctioning lock screen.

Samsung is rolling out the fourth One UI 2.0 beta update to the Galaxy S10 series. The company has also ended the beta registration program for the S10 trio in Korea, suggesting the stable rollout isn’t too far away. Details here. 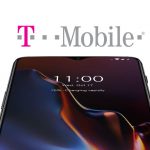