One Piece chapter 958 Theory: Toki might have seen who'll be the next Pirate King The night of the Fire Festival marks the twentieth anniversary of Kozuki Toki’s prophecy. It is the fateful night of Wano’s hopeful redemption. In chapter 958 however, Momonosuke and his allies seems to be in a pinch as their armies are gone missing.

A thought came to mind while reading the recent chapter. Why did Toki set the return of the Red Scabbards twenty years into the future? Wouldn’t they have a better chance of winning if they did not give time to Kadio and Orochi to build a stronger army?

I’ll try to answer these questions, but first let us try to understand the gap in power between Kozuki family and Orochi-Kaido alliance.

Kozuki Sukiyaki was the Shogun of Wano. As the Shogun, the daimyos of the different region in Wano are under his command. His son, Oden the daimyo of Kuri, was powerful enough to inflict a serious injury to Kaido with his Enma. If he is that powerful, the other daimyo can also put up a good fight.

Yakuza is an organized crime syndicate. But the Yakuza of Wano even works for the Shogun. The yakuza boss in Oden’s time was Hyougoro. Because of his strength and mastery of Ryou (enhanced armament haki), he was revered by other yakuza bosses of Wano.

The daimyo and yakuza both led armies of strong samurais. They follow Ryuma’s legacy of protecting the country from the outside world. Also the Red Scabbards led by Kinemon are strong warriors serving as retainers for Oden’s family. 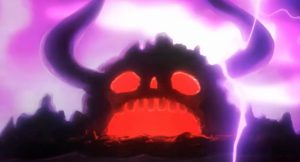 The Mimawarigumi on the other hand, is a group of elite samurais serving as Orochi’s main escort. Other than these two, Orochi allied with Kaido and the Beast pirates. Together they took down the Kozuki family from Wano’s throne.

After Oden’s death, Orochi forced the remaining daimyo into submission. The leading Yakuza boss is also his ally, although not confirmed if it was right after the death of Oden.

Other Allies of Oden

Surely the combined forces of Kaido and Orochi were greater than that of the Kozuki clan. But they have other allies who could have helped them. If Toki’s sole purpose of sending Momonosuke into the future is to avenge their family, why not send them just a few years later?

If we recall, ten years later, many of those who believed the words of Toki grew tired of waiting. They commenced a hopeless attack on Onigashima resulting to their utter destruction. Had Toki sent Momo in just a few years in the future, those men could add to their forces.

Kinemon could still have gathered other allies as he does now.

Inurashi and Nekomamushi are members of Oden’s Red Scabbards. They also used to be members of the Whitebeard pirates together. Because of their close ties to Oden, the whole Mink tribe is willing to sacrifice even their own lives to protect their allies.

In Zou arc, Inurashi, Nekomamushi and the whole Mink tribe suffered greatly in the hands of Jack trying to protect Raizo. They lied to Jack about Raizo’s presence in Zou and ended up almost dying because of it.

When asked by Usopp why they would do that, Nekomamushi answered that they would never sell their friend.

According to Sengoku, Oden was beloved by Whitebeard and Roger. If Kinemon or Momonosuke asked for Whitebeard’s help to avenge Oden, I think Whitebeard will gladly comply.

Whitebeard treats his subordinates as his family. Whenever one of his allies are in trouble he would rescue them. When Ace was announced to be executed publicly, the whole fleet of Whitebeard came to his rescue.

Whitebeard may not have the same number of allies by that time, but still his strength was sufficient to earn Kaido’s respect.

Toki is a Survivor of the Ancient Kingdom

This may sound crazy but my theory is that Toki is a survivor of the ancient kingdom. Hear me out.

After the execution of Oden, Kaido burned Oden’s castle with his family still inside. Kozuki Toki, Oden’s, wife, used her devil fruit ability to send Momonosuke, Kinemon, Kanjuro, Raizo and Kikunojo twenty years into the future.

Before this, Toki revealed to them her secret. She revealed that she is not from their time period. Toki came from the past and travelled to the future several times. How old the era she came from was not revealed, but I strongly believe she is either from the ancient kingdom or ancient Wano.

The only known ability of Toki’s Time-time fruit is time travel. However, I think Toki’s power is not limited to time travel alone. Like other devil fruit power holders, I believe Toki has awakened her powers and was able to see the future.

When Toki revealed her secret, she mentioned that she used the time-time ability to travel further and further into the future until she finally arrived at her final destination. The final destination she was talking about was Oden.

Does final destination mean Toki finally found her true love? Could be. But there should be more to it than that. Oden seems to play a key role to the whole Wano arc. Even Sengoku thinks that Kaido and Big Mom’s alliance has something to do with Oden and Wano.

Why Toki Sent Momonosuke Twenty Years into the Future?

Here comes my main theory. If Toki did have the ability to see the future, she must have seen that Wano’s redemption can only be accomplished after twenty years. But that reason is too shallow.

I think Toki is among those people who made the road poneglyphs. Meaning, she must know about the One Piece and how to locate it.

The Kozuki clan bequeathed to the next generation the ability to read poneglyphs. But to make sure that the road poneglyphs and the One Piece don’t fall on the wrong hands, Toki was sent to find Oden and influence him somehow in helping Roger find the One Piece.

When Roger found the One Piece however, he felt that it was too early to reveal it to the world. Now Toki may have seen again into the future and saw that Luffy would be the one to inherit Roger’s will. Meaning, Toki may have already seen that Luffy will be the next Pirate King. 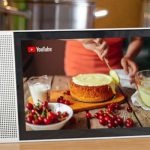