The clear-cut classifications between Exynos (global) and Snapdragon (US) variants of Samsung Galaxy flagships are kinda exaggerated. Besides the China/Hong Kong and Canadian editions, Latin American models used to come with Snapdragon chips as well.

As a matter of fact, the September (2019) patch for non-Exynos Galaxy Note 9 arrived on the Latin American model (SM-N9600) first. The corresponding build number was CSH3.

Guess our readers are aware of the significance of the letters, but let me repeat it anyway. The ‘H’ indicates the month of complication, which in this case was August, i.e. the eighth month. The international Galaxy Note 9 model, on the other hand, received a newer software version (CSI3) as September patch.

According to user reports, US carrier branded Galaxy Note 9 units are now getting the taste of the most up-to-date security patch. AT&T took the pole position here, as they are now delivering the incremental OTA as a 267 MB update package.

As you can see, AT&T delivered an older build (CSI1) compared to the global variant as the September 2019 update. Moreover, they are still continuing the v2 bootloader whereas other models jumped to the v3 bootloader a long time ago.

The changelog does not mention anything new other than the obligatory bump in the security patch level. We experienced a similar scenario with the Galaxy Note 10/Note 10+ update from the same wireless carrier earlier today. Interestingly, some users are reporting improvements in the domain of buzzing/vibrating camera after installing the update. I would like to mark it as nothing but placebo, as Samsung officials asked the affected users to replace the faulty camera module.

Well, there have been dozens of threats about it. Everyone believed it to be a hardware issue, which it could still potentially be. But, after testing the camera for the last hour in many different environments, there haven’t been any issues at all. They apparently tweaked something to fix it.

PiunikaWeb is collecting more reports on this topic, so stay tuned! 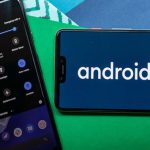 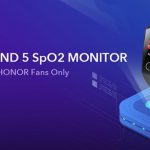