AT&T is known for locking down the bootloader of the devices sold by them. Moreover, the wireless carrier often delays software updates as well as bundles unnecessary junks (aka bloatware) with the custom firmware. The big picture of US smartphone market is really not consumer friendly.

Matter of fact, AT&T Galaxy S10 owners recently experienced a peculiar event. The September security update for US carrier models got leaked before wider rollout. Sprint, Verizon and T-Mobile users were able to grab the new build (BSI4) and install on top of the August update (BSGJ).

However, AT&T users failed to get the early taste of the September update as the carrier decided to deliver an entirely different software version (ASGK) as August security update.

Well, this type of out-of-the-track behaviour is not limited to Galaxy S10 series. Apparently the Galaxy Note 10 lineup is getting a new software update from AT&T, but the build number is entirely different from similar carrier OTAs.

Perhaps the most disgusting move from AT&T is to replace the system updater with the crippled one (as shown in the screenshot). It neither shows a proper changelog nor displays the actual version number.

Nonetheless, the new software update brings September security patches and possibly some undocumented fixes. The build number of the OTA is ASI2, which means it was compiled on this month. The bootloader version is still v1.

The global Exynos variant of the phone also got a small (less than 5 MB) incremental update after the regular September patch. Samsung engineers apparently incorporated fixes related to call quality in that OTA. Guess AT&T users will get all those advancements in a cumulative manner with this update. 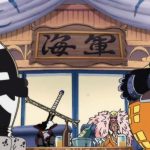 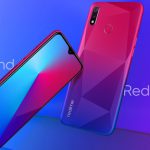