The Galaxy Note lineup, kickstarted by Samsung with the release of the original Galaxy Note back in 2011, created a new dimension in the Android world. Some tech publications were sceptical and questioned the viability of these ‘gigantic’ phones, which were eventually set a new trend.

Since its inception, the Galaxy Note lineup has been critically and commercially successful. Samsung popularized the concept of ‘phablet’ and bigger phones, while the S Pen has got a cult following of its own.

The latest phone in this lineup is the Galaxy Note 9, released in August 2018. Samsung used to model the Note series on the basis of same year’s Galaxy S phones and the Note 9 was not an exception.

Similar to the Galaxy S9, the US (including Latin America) Note 9 models are powered by Qualcomm Snapdragon 845 SoC, whereas the global variants are equipped with Samsung’s own Exynos 9810 platform.

As a matter of fact, the Korean tech company has used the same 12 MP dual aperture lens (which switches between apertures of f/1.5 and f/2.4) in both Galaxy S9 and Note 9. On the other hand, the telephoto lens has a fixed aperture of f/2.4. Both phones support 2x zoom using primary camera.

Unfortunately, a large number of Note 9 users have found some weird issues while use the zooming feature. Not only the phone produced a buzzing sound, but also the vibration distorted the picture and/or the video.

When I zoom in my camera my phone makes a loud buzzing sound out the top of it. The photo or screen becomes very fuzzy like it’s being vibrated.

I searched Google and someone else is complaining of this issue too. I cleared the cache like support suggested but I think this may be a hardware issue.

Any one else have this problem?

I have an issue when zooming. When the phone switches to the 2nd camera (2X) the whole phone vibrates and the camera shakes. It seems to me that it’s related the the optical stability but even turning that off doesn’t help. I believe it to be a hardware issue as I have restored the phone and reflashed the OS and nothing has helped.

As readers may notice, Galaxy Note 9 users started to face this particular bug merely months after the release. For your information, this is different from the camera freezing issue on Note 9 (which was acknowledged by Samsung earlier).

For this whole long period after the discovery of this glitch, Samsung does not even bother to address it officially. Forum moderators suggested affected users to opt for RMA, which was rather a stop-gap solution.

If troubleshooting steps have not helped and your device is fully up to date we recommend a service repair. I can get that set up for you if you would send us a private message here with your full model code and IMEI number.

I have seen reports of this same issue in the Note 9 Reddit forum. It seems to be a hardware issue and I would suggest getting your device replaced because no software update will address the issue.

Some users have tried to find a pattern and pinpoint the anomaly on a particular event – like Android Pie based One UI update or the Snapdragon-vs-Exynos variant. However, it looks like the issue is widespread and affecting a huge but random chunk of Galaxy Note9 units.

I saw this a few days ago and thought it was super weird.

Guess what started happening to me 2 days ago? I went to zoom in and noticed my phones image was blurry and my phone felt like it was vibrating. I’m having the same exact issue. I’ve never dropped this phone, and certainly didn’t have it come into contact with anything in the past week that would have caused something like this.

A Samsung customer recorded a small video snippet to demonstrate the glitch in action:

It could be possible that the hardware assembly in the camera module responsible for zooming has a design flaw. Thus Samsung might never patch with a OTA software update.

this is already a widespread issue and more and more users experience this issue everyday. samsung should admit the issue and make a permanent solution. its unfair they admited the s10 lte failures and not this note 9 camera failures. even the service center wont accept repairs now and just waiting for parts to arrive.

Even after replacing the camera module, a handful of users started to face the same glitch with the camera. Moreover, the scarcity of spare parts is making the situation more complicated.

Frustrated customers are demanding a voluntary product recall, although we doubt Samsung is going to take such a step before the launch of 2019’s Galaxy Note 10.

Another question post back to Samsung, its hardware issue, you should do a free recall to replace Camera though phone warranty expired.. this is not a top brand company do, come on it’s over 1000 bucks phone, and you treat customer like this ..just hire a bunch of robot admin replying same msg giving wrong direction..

Have you ever faced the vibration/buzzing sound while zooming using your Galaxy Note9 camera? Do let us know your feedback.

Thanks Juver Escolta for tipping us! 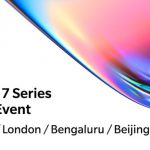