No doubt Samsung Galaxy Note 10 is all the rage at the moment. The phone has been selling in various markets for several weeks now and is already making waves as the best in smartphone photography.

According to DXOMark, the top-end Samsung Galaxy Note 10+ 5G has the best cameras on any smartphone today, be it the main shooter or the selfie camera. If you love numbers, DXOMark rates the main camera at 113 and the selfie at 99, the highest scores yet.

As you can see from the above chart, the Galaxy Note 9 is well beaten by its successor, which is expected by all means. At the time of its release, though, the Note 9 topped the list, just like the Note 10 at the moment. So you better enjoy the moment while it lasts.

Sure, Samsung is expected to bring some of the Note 10 software-based camera features to the Note 9, but it could take time.

Even though we weren’t able to verify whether the incoming Galaxy Note 9 software update brings more than the September security patch, but it certainly has more to it.

Arriving as version N960FXXU3CSI3, the new update weighs 663.56MB and tags along quite a brief changelog for its size. Besides the new security patch, the update also brings improved camera performance, but certainly not Galaxy Note 10-level kind of photography.

What’s new:
* Improved Performance – Camera
* The security of your device has been improved.

The changelog doesn’t specify the kind of camera improvements to expect in the new Galaxy Note 9 September update, but going by the weight of the OTA, we won’t be surprised if some new feature pops up somewhere. Be sure to let us know if it does on your end via the comments section.

The new update is targeting the Exynos variant (SM-N960F) of the Galaxy Note 9 and so far, those in Germany/Europe can already grab the OTA, if they haven’t already. A similar update also rolled out recently in South America.

It’s interesting to note that the Galaxy Note 9 has in the past received software updates with an identical changelog to the latest September security update.

For whatever reason, the changelogs attached to July, June, and April patches came with pretty much the same changelog, as you can see in the screengrab above. That said, we can’t really be sure if at all significant camera improvements are one of the reasons for this huge OTA.

NOTE: We have more Samsung-related coverage here that you can check out. 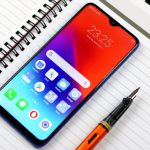 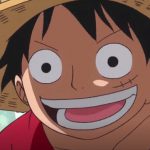