Third party Android skins are often being accused for slowing down the software update frequency. Take the example of Samsung Galaxy S8 Active – the rugged phone recently started to get Android Pie update. Google Pixel lineup (and a few others), on the other hand, are now rocking Android 10.

Perhaps the lighter design language of OxygenOS on OnePlus phones is a key factor of getting faster updates, but the logic is not applicable on Redmi K20 Pro running MIUI. Nonetheless, Samsung is reportedly testing Android 10 based One UI 2.0 update for Galaxy S10 and Note 10.

The Korean OEM also updated a bunch of tablets from the device portfolio with the sweetness of Pie during last few weeks. The AT&T branded Galaxy Tab A 8.0 (2018) is in the roster, although the carrier is notorious of delaying OTAs.

The most unexpected surprise, however, was reserved for Galaxy Tab A 8.0 (2017) owners. The entry level tablet was also blessed with the goodness of Pie (and One UI) alongside Galaxy Tab S3 a few days ago. Interestingly, the OTA hit only LTE variants at that time.

Well, someone just pushed the big red button for the Wi-Fi only variants as well. According to user reports, SM-T380 aka the Galaxy Tab A (2017) without cellular radio is now receiving the Pie update (with build number CSHC) as a wholesome 1281 MB OTA. Unlike the LTE model, the update rollout is more widespread in this case. The included security patch level is still June 2019 though. Owners of the tablet can now enjoy One UI specific goodies, like improved UI elements, system-wide night/dark mode, new set of emojis and more.

The Wi-Fi only version of Galaxy Tab S3 (model number SM-T820) is also receiving Android Pie update in the form of build CSH9. I would not call it a coincidence that the security patch level is exactly same (August 2019) as Pie firmware for the LTE model (CSH6). Can you experience any kind of improvement in the performance of these tablets after installing the Pie based One UI update? Comment below. 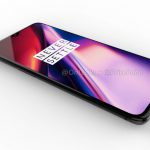