Korean manufacturer Samsung didn’t take long to push the in-house Android Pie based smartphone OS interface One UI to their lineup of phones. Not only the phones, they’ve been particular about delivering the same to Samsung tablets as well.

Take for example the Samsung Galaxy A series tablets, Galaxy Tab A 10.5 and Galaxy Tab A (2017) (the LTE variant with model number SM-T385) got to taste the Pie dessert back in June and August (couple of days back only) respectively.

But as is often the case with firmware updates, the delivery varies depending on the region as well as the carriers involved. While the OEM pushed Android Pie/One UI to Galaxy Tab A 2018 (T387AA) back in June, now the US carrier AT&T is rolling out the same for devices on the network.

Bunched with the latest August security patch, Pie on Galaxy Tab A (2018) variants of AT&T bears build number T387AAUCS1BSG9. The patch weights more than a GB, and as per AT&T’s official device software support page, it was released by the carrier couple of back. The listed details are: So Galaxy Tab A (2018) users on the AT&T network can finally enjoy the usual One UI goodies that include a revamped notification system, a system-wide Night mode, an updated Samsung Keyboard, updated Settings menu, a brand new Bixby, and more.

That said, the OTA update to Pie should hit your Galaxy Tab A (2018) unit in the coming days or weeks, considering airborne updates are usually pushed out in batches. So hang in tight as you may get to see the Pie notification pop-up anytime now. Happy installing!

It’s worth noting that both the Galaxy Tab A (2018) comes preinstalled with Android Oreo 8.1. This makes the update to One UI/Android 9 Pie the first major OS upgrade for the device. Lets hope Android Q (officially called Android 10 now) also hits the tabs sometime soon in the coming year. Rest assured, we’ll keep you posted about Android 10 developments on Galaxy Tab A, and other Samsung smartphones and tablets as well.

NOTE: For more Samsung-related news coverage, you may head here. 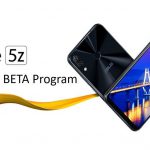