Earlier today, we reported about the potential arrival of Android Q stable update in the coming days or so. This is after Google published release notes for the upcoming September 2019 security update based on Android Q, implying the OS should begin rolling out next month.

The devices that will receive Android Q stable first will also get September 2019 security patches. We are talking of the Essential Phone and Pixels of this world, probably joined by the likes of OnePlus and HMD Global, although there are no guarantees about the latter two.

While this is happening, those using Samsung Galaxy Tab S3 and Galaxy Tab A (2017) can only make do with the year-old Android 9 Pie. The OS, which has been rolling out to Samsung devices in stable form since December 2018, has finally arrived on these two slates.

Samsung Galaxy Tab S3 was slated to receive the Pie update this month of August. The update has so far been spotted on the LTE variant carrying model number SM-T825Y. This model is sold in Southeast Asia, but not every market in the region has received the OS.

As of this writing, the update is only available in three countries namely Vietnam, Philippines, and Malaysia, with the rest expected to follow in the coming days.

The firmware is arriving as version T825YDXU3CSH6 and tags along a new August 2019 security patch besides the usual One UI goodies that include a revamped notification system, a system-wide Night mode, an updated Samsung Keyboard, updated Settings menu, a brand new Bixby, etc.

Also receiving the update to Android 9 Pie is the Galaxy Tab A (2017). Similar to the Samsung Galaxy Tab S3, the Pie update for the Tab A (2017) is rolling out in Malaysia, but there is still no sign of the OS in the other three markets.

The Tab A (2017) is receiving the update as firmware version T385DXU3CSH4 and even though it brings a new OS, it has an older June 2019 security update, which is pretty strange but not unusual coming from Samsung.

For now, the Pie update has only been spotted on the LTE variant of the Tab A (2017) with model number SM-T385, but we do expect that model SM-T380 will also be upgraded to the newer OS sooner than later.

Both the Galaxy Tab S3 and Tab A (2017) are receiving their updates to Android Pie over the air. OTA updates take time and besides rolling out in stages, Samsung also releases the updates based on regions. However, there’s no clear roadmap to show which region is next in line.

That said, the OTA update to Pie should hit your Tab S3 or Tab A (2017) in the coming days or weeks depending on the factors above. Sure, we will keep an eye on the developments and update this post as and when needed.

Something else worth noting is that both the Galaxy Tab S3 and Tab A (2017) came preinstalled with Android Nougat. This makes the update to Android 9 Pie the second and final major OS upgrade for the pair, so be sure to make it count once it arrives.

After the LTE variants, 2017’s Galaxy S3 and Galaxy Tab A 8.0 are getting stable Pie update under the guise of One UI on their Wi-Fi only models. Details here. 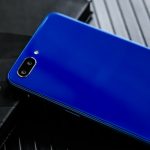