Redmi K20 Pro wears many hats since its inception. Getting Android Q beta (the Android 10 moniker was not finalized then) right after the launch – check, grabbing Android 10 based MIUI weekly beta – check, having official beta recruitment event in India – check!

Xiaomi also pushed some kind of insider build of MIUI 11 to Chinese Redmi K20 Pro units a few days ago. Moreover, the phone already established itself as a spiritual successor to the Poco F1 in terms of aftermarket developments.

The Chinese OEM also shocked the Android community by releasing stable Android 10 update for Redmi K20 Pro in the form of MIUI 10.4, simultaneously with the Google Pixel lineup. The exact version number of the OTA was MIUI 10.4.4.0 for the Chinese units.

Apparently a similar drama is happening with the Chinese update. Xiaomi probably tried hard to be the center of attraction by pushing an otherwise half-baked software update. Several users in China are complaining about not getting any Android 10 based OTA.

The situation now takes a different twist, as a new build of stable MIUI is reportedly being pushed in batches. Apart from the minor version number change (10.4.6.0 from 10.4.4.0), the changelogs are virtually identical.

MIUI 10.4.4 has a lot of bugs. Today, version 4.6 was pushed, which fixes the bug restart of full screen gestures. However, there is a chance of transparency in the background. The key update of 4.4 is recommended. The experience is much better than the previous version. No major bugs have been found yet.

An ongoing discussion in the Chinese MIUI forum is pointing this particular build as a semi-public testing one, which should eventually be available in a wider manner. As for the most notable change, the stock camera app now allegedly supports wide angle lens adjustment. Unfortunately our friends from the Xiaomi Firmware Updater project are unable to get their hands on the update package at the time of writing this article. We are, however, kinda confirmed that the new update is the drop-in replacement of the initial Android 10 OTA by looking at the size. 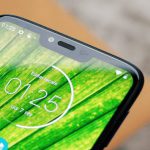