Samsung Galaxy S8 Active is part of South Korean OEM Samsung’s 2017 lineup of Galaxy S8 phones (which also included S8+). S8 Active is a high-end phone fueled by a Snapdragon 835 SoC. The device originally shipped with Android Nougat, and after getting Oreo last year, it was due to receive Pie.

Few months back, the US carrier variants of Galaxy S8 Active (SM-G892U & SM-G892A) received the Wi-Fi certification for getting upgraded to Android 9.0 Pie. So Pie was anticipated to arrive on S8 Active devices sometime soon. However, the update didn’t land at least until now.

But that changes now, as going by the latest reports coming from Galaxy S8 Active users on AT&T network, Android Pie has finally been pushed by the US carrier to S8 Active units. Users across social media platforms like Reddit and Twitter can be seen chiming about the update lately.

The currently circulating One UI/Android Pie update on Galaxy S8 Active weighs more than 1.5GB and brings the June security patch. Following are some reports for you to take take a quick look at:

Had given up checking. Downloading now. S8 Active on ATT as well.

My S8 Active got the update this morning! It also includes the June security patch. At long last, Pie is here! Sadly, we haven’t yet got hands on the changelog and other details like build number. But we’re looking for it, and will share it as soon as we have it. While users have begun receiving the patch, no information has been shared about Pie going live at AT&T’s official Galaxy S8 Active software update page.

The update page still displays Android Oreo as the current OS for Galaxy S8 Active devices (as can be seen in the image below).

Considering firmware updates are often rolled out in batches, Pie may also take time to reach all AT&T units of Galaxy S8 Active. So hang in tight as you may get to see the notification anytime. In case you’ve already received the update, free to drop and comment and share with us your One UI experience.

An AT&T Galaxy S8 Active user has shared an image of the One UI/Pie update software info screen. Going by that, the update bears build number G892AUCU5CSF8 and brings One UI v1.1.

NOTE: Just recently, we highlighted that Samsung plans to bring Call & Message Continuity feature to Galaxy S8/S9, Note 8/Note 9 devices by Q3 this year. You can read the complete coverage by heading here. And for more Samsung-related updates, bugs and news, interested readers may head here. 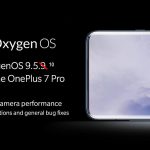 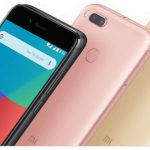