When it comes to smartphones, choosing the top end model is not always a good choice. For example, the 5G variant of OnePlus 7 Pro is lagging behind the regular LTE model in terms of frequency of software updates and exposure to newer version of Android.

We can speak the same for the ‘Active’ lineup of Samsung Galaxy S series. They were built on top of the standard Galaxy S phones in the same generation, but featured industry standard protection from dust and water as well as rugged design with much larger battery.

Well, we began the article about the shortcomings of having such killer rigs. Galaxy S8 Active, the last of its kind, received Android Pie based One UI update almost 4 months after the generic Galaxy S8/S8+. In fact, only AT&T branded units (model number SM-G892A) got the OTA so far.

AT&T also delivered the August patches weeks ago which bumped the build number to CSH1. However, those having the T-Mobile and Sprint branded Galaxy S8 Active units (model number SM-G892U) are completely clueless regarding the fate of their phones.

The T-Mobile update tracker page is pointing towards the May build as latest one, but there is a catch! Looks like the carrier has actually got their hands on the Pie firmware from Samsung, as another knowledge base article talks about the development.

Sounds good? Well, be prepared for the next surprise! We decided to take a look at the Samsung update servers and found a Pie based software update for the Sprint Galaxy S8 Active! The build number (CSH1) matches with the August update on the AT&T model too.

Technically you can cross-flash the Sprint firmware on T-Mobile variant using a patched version of ODIN, but further discussions are out of scope of this article. In case you want to download the package using Frija, you can find the required parameters in the following screenshot.

Is there any braveheart who is planning to download the firmware and manually flash on their Sprint/T-Mobile branded Galaxy S8 Active? Come forward and let us know by commenting below. 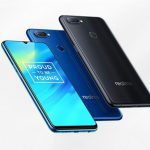