OnePlus did justice to the rumor about rolling out Android 10 on the same date as Google Pixel phones – or at least to some extent. The first Open Beta builds for OnePlus 7 and 7 Pro, based on the latest version of Android, can be downloaded since last night. In fact, OnePlus 6/6T also got the direct pass to the major software update.

Talking about the Open Beta, OnePlus engineers integrated most of their in-house navigation gestures on top of the default set provided by stock Android. The last Developer Preview actually brought these changes, which made their way in the public beta build as well.

One of the most controversial topics during the development phase of Android 10 (codename ‘Q’) was making the third party launchers incompatible with system-wide gestures. Google received severe backslash from the whole Android community, and consecutively initiated a patch-up procedure.

They declared to resolve the compatibility issues with a ‘post-launch’ update. Interestingly, the associated bug report was recently marked as fixed too by Google.

Starting in Beta 6, we’ll switch users to 3-button navigation when they are using a custom launcher by default. We’ll address the remaining issues in a post-launch update allowing all users to switch to gestural navigation.

OnePlus ships a highly modified launcher as an integral part of OxygenOS. Dubbed as OnePlus Launcher (duh!), the app is usually updated as a part of firmware update or via Google Play Store.

The Shenzhen based OEM is now rolling a new version of this launcher to bring compatibility with Android 10 and associated all the gestures, including landscape mode ones.

The version number of the app is bumped from 3.5.2 to 4.0.x. Currently the update is being distributed in a staged manner, thus we are unable to capture the APK. You can find the package with the tag 4.0.0.190825203820.93e9eac in APKMirror, but the current version should be slightly newer than that.

Although it is possible to sideload and install this new version on OnePlus phones running Android Pie based OxygenOS 9.x, it is not advisable to do so. You may face weird bugs or lockdowns, and it can be really difficult to revert back under some circumstances. 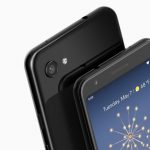