Unlike iOS, Android users can install different launcher apps to change the appearance of their home screen as well as app drawer. Stock Android comes with a rudimentary launcher called ‘Launcher3‘, which is the foundation of a number of OEM and third party launchers.

Interestingly, the major portion of the codebase of Pixel Launcher (or its predecessor, Google Now Launcher) is deeply integrated with the Google app itself.

The search box, Google assistant support and the Discover screen (formerly known as Google Feed) of the launcher are nothing but the components of the Google app.

Developers of popular third party launchers prefer to recreate the same experience by third party addons, as regular apps can not access the Google Feed. The limitation can be bypassed using debug mode apps or root access, but then the solution fails to attract regular users.

However, OEM launchers are not affected by such restrictions as they are shipped as system apps. Interestingly, OnePlus does have an option in their OxygenOS launcher to enable the Google Discover/Feed , but only on the T-Mobile variant.

On the other hand, regular OnePlus phones are deliberately locked down such that users have to use the ‘Shelf‘ feature. Once again, the community was able to circumvent the artificial restriction, but the method requires root access.

As a part of their feedback gathering initiative, the Shenzhen based OEM is currently conducting a survey regarding the future updates of the OnePlus Launcher. The questions are pretty much interesting there, e.g. it seems that OnePlus is planning to introduce Google Feed for their global models as well. The questionnaire is all about different features of an ideal launcher: one click configuration backup and restore, icon shape/size/label modifier, variable grid size, app drawer and dock customizations, gestures, folder creation – you name it!

Participants need to go through a five point scale, from ‘Meh’ as 1 and ‘Awesome’ as 5. There is no ETA about the update, but OnePlus is damn serious about revamping their stock launcher app.

Interested users should visit this link to take part in the survey. Go and cast your vote!

OnePlus’ Manu J. posted yet another user survey regarding news reading pattern on smartphones. The way they are highlighting Google Discover in the questionnaire, indicates a strong chance of getting the feature included in a future version of OnePlus Launcher.

Do participate in the survey and share your opinions. 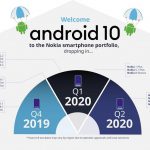 Samsung Galaxy Note 10 does support Sprint VoLTE out of the box, even on unlocked variant