The story of timely software updates is Android’s worst nightmare that never seems to end. For years, fragmentation has often been blamed for the delays in rolling out both Android OS and monthly security updates to various devices.

This can be seen in the fact that the likes of Samsung and Oppo are still struggling with Pie updates at a time when Google is set to roll out its successor, Android 10, in stable form.

A recent report by Counterpoint Research about the best device makers when it comes to rolling out software updates ranked HMD Global licensee Nokia as the best among the top smartphone vendors in the world.

The report ranked Samsung, Xiaomi, Huawei, and Lenovo as the top 5 go-to smartphone vendors for folks who treasure regular software updates, with the rest of the top 10 spots occupied by Oppo, Vivo, LG, Alcatel, and Tecno Mobile.

You might be asking where is Google and OnePlus in all this? Well, the two – and Essential for that matter – missed out because they are nowhere near the top smartphone vendors in the world.

If anything, Oppo’s Realme sub-brand missed out for the same reasons, although we haven’t verified whether the sub-brand had something to do with Oppo’s ranking at position six on the list. Since inception, Realme has been doing a great job when it comes to timely software updates.

Despite having most of its devices in the sub-$200 category the company has already pushed the August security patch to a host of them. According to the Counterpoint Research, devices in this category are often skipped when it comes to software updates.

Brands like Alcatel and Tecno are the laggards. This is because these brands have broad portfolios, mostly in the sub-US$200 segment, and the lifecycle of their models tends to be short. Their products often transition from launch to end-of-life in as little as six months, which means they have less incentive to provide long-term updates.
Source

At Realme, the story is quite different. Despite being only a year old, the company has been tremendous with software updates. As of this writing, the August patch has already been pushed to the likes of Realme C2, Realme X, Realme 3 Pro, Realme 2 and Realme C1.

For comparison purposes, the Galaxy S10 5G, which costs beyond $1000, is also receiving this same update in Europe. If you ask me, Realme is doing great. The latest Realme members to join the August security update party are Realme 5 (left image) and Realme 1 (right image). The Realme 1 security update doesn’t bring much other than the new patch and the usual bug fixes and performance improvements. As for the Realme 5, the first update for the device following its official release last month, the changelog is more detailed, as shared below.

System
● Improved system stability
● Optimized the animation into the app

Both updates are rolling out over the air as I write this. As usual with OTA updates, not every Realme 5 and Realme 1 user will get the download notification at the same time, so be sure to be patient as you wait for the update to arrive.

For Realme 5 users who can’t wait for the OTA and know their way around flashing ROMs manually, the company has the full firmware published on its official software support page. It weighs 2.34GB. 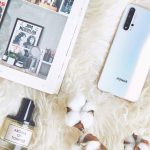