Verizon Wireless scored the exclusive deal to carry the Samsung Galaxy S10 5G way ahead of everyone else outside South Korea. The Big Red had the device in stock in mid-May 2019, but it has since found its way to other carriers in the U.S., among them AT&T, T-Mobile, and Sprint.

As of this writing, the Galaxy S10 5G is also available in European countries like the UK, Switzerland, Spain, Italy, and Germany. Now that the Galaxy Note 10 5G is here, Samsung has even more 5G offerings in these very markets.

Since the S10 5G launch, the company has been its usual self with software updates. Sure they do arrive, but at Samsung’s discretion and it’s usually not liked by many.

For instance, the July security update arrived at the very end of the month, the same case as the month before it. With Google set to begin rolling out September 2019 security patches (with Android 10 stable), the Galaxy S10 5G is now receiving the August security patch.

The update is available in Europe, with several markets already receiving the new firmware over the air. We do have confirmation from Germany that the T-Mobile variant is receiving the update as version G977BXXU2ASHH.

Besides the updated security patch, here’s what Samsung also says in the changelog:

The update is arriving over the air and it weighs nearly 400MB, which pretty much implies there’s more than the usual security patch. Besides the guide of enabling 5G on the device, we also expect that bug fixes and performance improvements are also included in this update.

It’s likely that other European variants of the Galaxy S10 5G may receive the August security update with a different software version, so be sure to let us know about it in your comments at the end of this post. 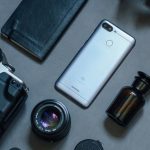