Oppo’s Realme 5 and Realme 5 Pro arrive today. The duo is here to take over from – you guessed it – the Realme 3 and Realme 3 Pro. Understandably, all the attention has been directed their way thanks to things like a quad-lens camera, a 5000mAh battery, and more.

But amidst all these, Realme is still giving some deserved attention to owners of the outgoing Realme 3 and Realme 3 Pro. We already know that the latter is taking part in Android Q beta testing, which is pretty awesome considering a big company like Samsung has none in the program.

Just yesterday, we reported about the Realme 3 Pro update that rolled out in China with some minor bug fixes and performance improvements. We anticipated that such an update was headed to the Indian variant too and true to this, the rollout is now ongoing.

Arriving as version RMX1851EX_11_A.18, the update weighs 270MB and installs the latest August 2019 security patch to the Realme 3 Pro. The update also adds support for Ukrainian language and an option to remove the TouchPal input method, with Gboard now the recommended input method.

The August update also includes Wi-Fi security patch and even though not mentioned, we hope some of the issues Realme 3 Pro users have been facing since the previous RMX1851EX_11_A.17 update have been addressed as well.

This is an OTA update and that may take some time before all units receive the download notification, so be patient if your device hasn’t received it yet. It won’t be long before it does.

Also receiving a new update is the standard Realme 3. The update is rolling out as version RMX1825EX_11_A.21 and weighs in at 177MB. The changelog is a little related to the Pro version but there is no mention of an updated security patch. Besides the added support for Ukrainian language, the Realme 3 update also preinstalls Realme Store (India) app and fixes some known issues. As always, the update also improves system-wide performance and stability, so be sure to grab it when the OTA arrives.

Below is the full update changelog:

The latest Realme 3 update is the third in as many weeks, which shows how quick the support team is to respond to annoying issues. Whether this is just because they are new is hard to say, but here’s to hoping this goes on for a long time to come.

As already noted, OTA updates take time, so be sure to wait patiently for your turn. You can also try forcing the update via the software update option in the settings menu, although this method doesn’t guarantee you’ll get the update.

NOTE: You can read more Realme-related stuff from this page. 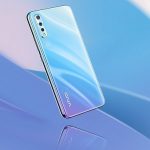 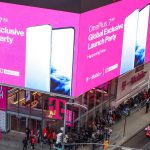