I often stumble on such people, who are afraid to install new software updates. For the sake of stability, they are happy to run old, insecure operating system. I can’t blame them, as a burnt child dreads the fire. Given the sheer amount of incidents about botched up OTAs, the probability of getting a hit is quite large.

Yesterday we highlighted a similar incident with Realme 2 Pro. Apparently users of this phone are unable to access camera from lock screen (“Camera Error. Unable to Connect to it.”) after enabling Face Unlock. The issue appeared right after the phone got Android Pie update in the form of ColorOS 6.

Readers may find it an edge case. But what if I tell you the ColorOS 6 update completely broke the USB connectivity options of another Realme phone? Don’t you think that the incident is an example of utter failure of internal quality testing?

As you can see, none other than the regular Realme 2 is the victim here. The phone got stable Pie update back in July, but the company decided to re-release the OTA with a new build after a few weeks. Nonetheless, the ColorOS 6 update doesn’t play well with the USB stack of Realme 2.

Not only the USB Tethering, but any kind of host (PC, TV, media receiver) also failed to recognize the phone thus transferring files via USB is a no-no. The bug also affects Realme C1 as the phone shares quite a major part of firmware with Realme 2.

My Realme C1 is not connecting to my pc

I am using the usb cable given in the box

One bug i want to mention in realme c1 pie update actually it is not a bug. When we connect to pc via a usb cable earlier a popup appeared to select the transfer mode i.e., photos media or charge only..now it dont come…plz solve

A quick workaround is to turn on USB debugging, as both phones are reportedly working fine with that mode. For a security point of view, this is not a feasible option though.

Fortunately the bug is now officially acknowledged. Realme Community Handler Alessio has confirmed the existence of this glitch and advised to keep USB debugging enabled as a temporary solution. The development team has been notified as well, but the fix may not come with the immediate next software update.

Have you noticed this awkward problem on your Realme 2/C1? Do you always keep USB debugging turned on? Let us know by commenting below. 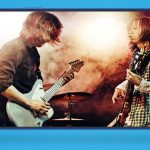 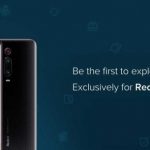