While Motorola phone users who haven’t yet received the Android OS update are like when am I gonna get to bite the Pie, some Moto G6 users who got to, didn’t like the taste much. The complaints are not new. Rather, they’re being chimed since Android Pie first showed up Moto G6 months ago.

So lets quickly rush through Pie’s arrival on Moto G6, which is the OEM’s 2018 low-end phone powered by Snapdragon 450 chipset. Going by reports at social media platforms like Twitter, Android Pie on Moto G6 first showed up back in March and carried the January security patch. When the update got live, some Moto G6 users took to the company’s official help forum to highlight a weird issue triggered after installing the update. Users who had PIN code or pattern lock set up for unlocking their units, said they aren’t able to unlock the device after the update as the PIN/pattern doesn’t get accepted.

It appeared the PIN/pattern to unlock the units somehow changed during the update, because of which they were no more able to unlock their phones. Users reported while the same PIN/pattern worked without any issues during the boot process, it wasn’t recognized at the lock screen.

Take a look at how some of the complainants word the pattern or PIN changed behavior:

I’ve just updated my MOTO G6 to Android 9.0.The phone does not recognize my lock pattern to gain access to the home screen, although the same pattern is a used and enables going through the reboot screen (the black screen). I can receive calls, see notifications and control the volume and restart options but that’s basically it.

I have the exact same issue, post software update the pattern works to allow the phone to be booted, but once the Sim pin has been entered, the screen lock asks for the pattern again. Over 200 attempts, 0 worked. The pattern is correct, fingerprint not an option until unlocked.

As complaints proliferated, some of the MotoAgents at the official help forum pitched in to look into the matter. One of them even reported this problem, but they eventually settled with suggesting users to factory reset their units, which even resolved the issue for those who tried.

But as is usually the case, some were reluctant to factory reset and continued complaining. Since then, Pie for Moto G6 has been released for different carrier locked and unlocked variants. But the pattern/PIN issue, well, users never stopped complaining about it and continue to do so till date.

Here are some recent reports: Moto G6 users are disappointed for how instead of fixing the problem which is now being reported for months, the OEM is continuing releasing the buggy update and is till date asking the affected users to factory reset their units.

In case you haven’t yet got the Pie update on your Moto G6 unit, we’d suggest you to disable PIN/pattern lock before installing the update, else you may also have to factory reset your unit. Sad but that’s how it currently stands.

NOTE: BTW Pie update on Moto G6 has also triggered a freezing/lag issue. You can find the complete coverage on the matter here. And for more LG-related news, bugs/issues and updates, interested readers may head here. 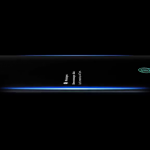 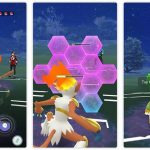