While LG G7 ThinQ users in the Indian region still gawk Android 9.0 Pie’s advent, as of today, the update is available at least for the plus variant units (LG G7 Plus ThinQ) in the region. Finally!

The standard LG G7 devices were upgraded to Pie in the OEM’s home country back in January. After a gap of months, the patch landed on G7 units of Verizon, Metro PCS, US Cellular, T-Mobile, followed by the carrier locked and unlocked models in the UK, and devices in some regions of Europe recently.

However, LG G7 devices in India were recently given a July security update lollipop instead.

Going by reports from device users on Twitter as well as Reddit, as of now, LG G7+ ThinQ model G710EAW is receiving the much-awaited Android 9.0 update. But hold your horses. Instead of rolling out as OTA, the update can currently be grabbed from LG Bridge, as it’s live now.

As per the information coming from a user who installed the patch from LG Bridge, the update bears build number PKQ1.181105.001 and software version V20f-IND-XX. The low point is that instead of bringing the latest security patch (i.e. August), this update carries the July security one.

That said, I am sure the fact Pie is finally live now, must be music to ears of LG G7 Plus users in India.

Don’t worry, we’ll surely break that good news as well, for we are keeping a continuous watch on the matter. In the meantime, if you have grabbed Pie on your G7 Plus through LG Bridge, feel free to drop a comment and share with us how the patch is acting on your device.

To rest of you who are still waiting for the OTA, hang in tight as the notification may show up anytime now. And yes, happy installing?! Hope Pie patch is worth all that wait. 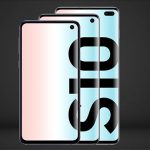