The OEM recently released Pie for LG G7 ThinQ devices in regions other than their home country South Korea, which got Pie back in January. While other US carriers like Verizon, Metro PCS and US Cellular pushed the much awaited Android Pie to LG G7 devices, T-Mobile variants were still waiting.

But that changes now, as LG G7 ThinQ devices on T-Mobile have finally started receiving the Android 9.0 Pie update. The patch weighs about 1.5 GB approximately and notifies to bring along some bug fixes and performance enhancements.

While select users have started receiving the Android Pie update, going by the information posted at T-Mobile’s official site, Android Pie is still under testing phase on LG G7 ThinQ units. So the currently circulating update could even be a soak test and the company may begin the wider rollout later.

As can be seen in the notification, just in case LG G7 users do not install the update, their units will automatically be upgraded to Android Pie on July 20 between midnight and 3AM. That means, in the coming week, all LG LG ThinQ devices on TMO network will be bumped to Pie.

BTW have you received Android 9.0 Pie on your LG G7 unit? If yes, do share with us your experience by dropping a comment below. As for LG G7 devices in other regions, as we highlighted in our earlier coverage, LG Mobile South Africa says the Pie update will land by the end of August.

Android Pie update is now rolling out for carrier as well as unlocked variants of LG G7 devices in the UK region. Details here. 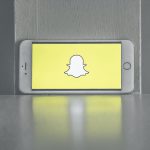 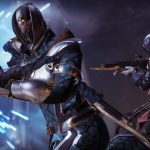