[Arrives in India] LG V40 ThinQ Android Pie 9.0 update to arrive in India soon, but what about Sprint units? A few months ago, LG received a lot of bad press for not delivering Pie update to its smartphones. The criticism came nearly a year after the South Korean company announced the launch of an “industry-first” Software Upgrade Center which was aimed at providing better device support.

Some may call it a mere co-incidence, but just a few weeks after this bad press, LG started the Android Pie update roll out process. The first batch of devices to get the update was Verizon’s LG V40 ThinQ in the US, something which happened in the month of May. AT&T’s V40 units followed suit in June.

Shortly thereafter, V40 users on US cellular as well as those with unlocked units also started getting the much anticipated update. The update eventually arrived on T-Mobile units as well, but not before the roll out expanded to Europe.

As you can see, the V40 Pie update has been rolling out for well over a month now. However, users of the device in one of the major smartphone markets – India – are yet to get the update. Understandably, they are not happy with the current situation.

Following are comments from a couple of these users:

Agreed, updates – especially major ones – are rolled out in small batches or based on region. This approach is followed to avoid any serious issue crippling all the units that are out there in the wild.

However, it’s been close to 6 weeks now that the update has been rolling out without any major reported issues, so the frustration among Indian users is kind of justified.

Whatever may be happening with the roll out behind the scenes, the best LG can do at the moment is to at least share a tentative time frame of the update’s arrival in India. We tried to dig out this information and found a couple of instances where LG has given at least some information on this.

Firstly, LG India has said on Twitter that the update is arriving soon: And secondly, LG South Africa has responded to an Indian user on Twitter that they are expecting the update sometime around August end. The first tweet is as straight forward as it can get. It came from official LG India account and says the update is coming soon. The only question here could be “how soon?”. Well, no information on that front as of now.

Then comes the second tweet, which interestingly, is made by LG SA in response to a query from an Indian user. So, it’s difficult to say whether the August time frame is for India units or South African units.

For now, nothing is set in stone (and frankly, when talking about software updates, nothing ever is). Let’s hope “soon” means real soon.

What about Sprint units?

As I described in the beginning, 3 of the Big Four US carriers have already rolled out the LG V40 Android Pie update. The only major carrier which is yet to do so is Sprint. After delay by LG, now Sprint delaying the update has not gone down well with Sprint V40 users.

Following are some comments from Sprint V40 users:

I am really hating on my phone and carrier at this point. We are treated like we don’t matter and it sucks

I was told recently that since Sprint is a CDMA network, it’s taking them long to “adapt” to the new system update. And after I brought up Verizon is also CDMA in addition to GSM, theoretically, it should have been even more work for them, yet they were first to the punch. So basically bullshit from all angles from Sprint.

Back in March this year, there were some reports that said the Sprint V40 Pie update should be coming towards June end. However, as it currently stands, users are still waiting for it.

There were in fact some reports of Sprint pushing out a new update to V40 units on its network, but it turned out to be a regular security update. Meanwhile, someone who reached out to Sprint via chat was told there’s no ETA at the moment:

To conclude, while Indian LG V40 users at least have some hope of the Pie update arriving soon, there’s currently no such hope for Sprint LG V40 users in the US. Rest assured, we are keeping a close watch, and will update the story as and when more newsworthy information about the update comes to our sight. 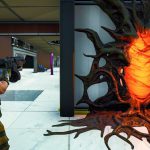 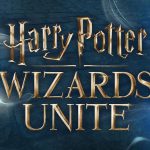