Looks like South Korean smartphone maker LG is in a mood to test the patience of LG G7 ThinQ users in India (as if they aren’t done as yet). While Android 9.0 Pie was released for LG G7 devices in the OEM’s home country back in January, users in India are still sitting tight.

Few months after South Korea, US carriers like Verizon, Metro PCS, US Cellular, and T-Mobile also upgraded their G7 ThinQ devices. Carrier locked and unlocked models of LG G7 in the UK, and devices in some regions of Europe like Italy were next.

But in between all this device users in India have been ignored like anything. While they’ve been desperately eyeing Android 9, the OEM is now giving them a monthly security update lollipop, and of course users aren’t happy about it.

Why would they even be? Android Q is just around the corner, and the company is not even delivering Pie – which was released for the same phone in the South Korean region about half a year ago. Here’s how users reacted on receiving the new update which brings nothing but the July security patch: Considering LG G7 is the company’s 2018 high-end phone (fueled by Snapdragon 845 chipset), and Pie is its first major OS update (for it launched with Oreo), user curiosity is pretty much justified.

Coming to the new monthly security update that’s currently rolling out to LG G7 ThinQ units in India, it weights about 180MB, bears build number V10x, and as already mentioned above, it brings the July security patch. Following is a user shared image of the software update/info screen:

FYI, as of today, the OEM has started pushing Android Pie to LG V30 ThinQ devices in India. Here’s hoping they also give LG G7 users in India what they’ve been desperately waiting for. Rest assured, we are keeping a close watch on all related developments and will let you know as and when Pie gets live. 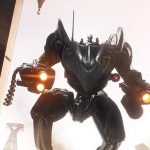 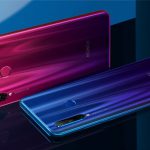