Huawei sub brand Honor’s 9 series includes Honor 9, 9N/9i, 9 Lite and 9X/9X Pro. Among these, while both Honor 9X and 9X Pro come baked with Android Pie layered with the latest EMUI 9.1 out of the box, Honor 9N and 9 Lite were upgraded to EMUI 9.1 during the past couple of months.

However, Honor 9 (aka Huawei Honor 9 Premium) users were left gawking. The standard Honor 9, as you may know, is the Chinese OEM’s 2017 high-ranger that is fueled by HiSilicon Kirin 960 SoC. The phone originally came with Nougat & received its second major OS update in form of Pie/EMUI 9.0.

And now, this elder kin of Honor 9N and 9 Lite is receiving the latest EMUI 9.1 update. Finally!

All this information comes credits to a Twitter user (@k4ii_). Here’s what the complete update changelog reads, followed by an image of the software update screen:

It goes without saying, firmware updates are often pushed out in batches, and EMUI 9.1 is no different. So the EMUI 9.1 update on Honor 9 may take time to make it to all units. Hang in tight, as you may get to see the update notification anytime now. Happy installing!

NOTE: Huawei recently shared the HiCare registration dates for EMUI 9.1 on other Huawei/Honor phones. You can find the complete coverage here. And for more Huawei/Honor-related updates, news, and bugs/issues, interested readers may route here. 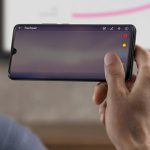 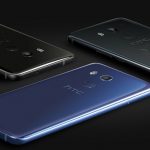