Having an in-house fabrication and/or Silicon designing wing is considered as an extra advantage for any smartphone OEM. To be humble, the secret sauce behind the efficiency of iPhone greatly relies on Apple’s own designed A-series ARM processors.

Besides Samsung’s Exynos lineup, HiSilicon (a subsidiary of Huawei) and their Kirin series of SoCs are the examples of similar practices in the world of Android. The majority of the Huawei (and Honor) devices are based on Kirin platform, which gives then numerous tuning opportunities.

Moreover, the BSP (Board Support Package) is maintained by Huawei itself. As a result, the OEM can easily provide major Android version updates to legacy devices. For example, they recently started to upgrade Kirin 960 (announced in 2016) based phones to Android Pie based EMUI 9.1.

Kirin 970 succeeded Kirin 960 as the subsequent flagship SoC. It can be found inside numerous popular phones, such as Huawei P20/P20 Pro and Huawei Mate 10 series.

The Chinese OEM conducted both internal and public beta testing of EMUI on these devices. After going through the feedback from the testers, they decided to rollout the stable build of EMUI 9.1 for the following 10 phones: 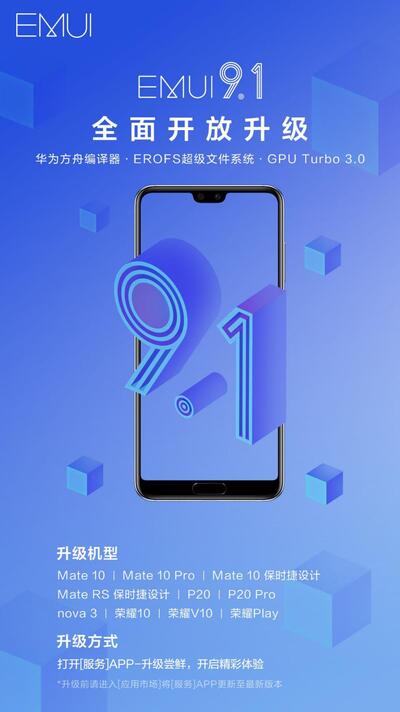 According to Huawei, the rollout has already started since July 20 (and we spotted some evidences too). Initially available for Chinese units, the OTA updates should hit other regional variants of the aforementioned phones in coming weeks.

The main attraction of this brand-new update is GPU Turbo 3.0. Huawei carefully tunes up the GPU part of the SoC to deliver extra juice, even to the most demanding games whenever required.

With this advantage, the player can always enjoy smooth, buttery gameplay without any frame drop. Apart from that, the OEM also brings EROFS as well as ARK Compiler support. Both of these low level optimizations greatly boost the overall performance of the OS. Previously, the F2FS file system was tailored for flash memory to improve the read and write performance after long-term use. Now, with EROFS, the random read speed will be 20% faster and the system space will provide extra personal storage of up to 1000 pictures or 500 songs. Plus, the read-only memory design isolates outside interference for added security in your system files.

The update can be forced by invoking the Service app inside the phone. Registering the user can ‘Early Adopter’ should immediately deliver the the OTA. Huawei also published the status of EMUI update as whole, details of which can be found here.

Have you already got the EMUI 9.1 update on your phone? Comment below. 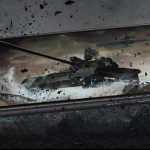