Unlike Apple, Android OEMs need time to shape up newer version of Android for their existing devices. More and more companies are now taking part in the early testing phase of Google’s upcoming major version update aka Android Q, but day-one OTA is still a dream for majority of the Android users.

Some of these vendors prefer to announce an estimated date of delivering the update, but often end up with a heavily rushed, botched build. Others, like OnePlus, do not want to give any kind of approximation to avoid further issues.

Chinese OEM Huawei (along with their sub-brand Honor) usually takes a middlesome policy. They do provide software updates for their legacy devices, but after a series of thorough internal and public beta testing phases.

Afterwards, they declare a tentative timing to rollout the final stable build. One such list was surfaced earlier, according to which a bunch of phones such as Huawei P10/P10 Plus were supposedly running though internal beta testing of EMUI 9.1 (based on Android 9.0 Pie).

Now we have the official confirmation of the claim as Huawei China is recruiting public beta testers of EMUI 9.1 for the following phones:

These devices are circa 2017 and powered by HiSilicon Kirin 960 SoC. Most of them were launched with Android Nougat, although some of them came with preinstalled Oreo based EMUI 8.0.

The eligible device variants along with the required baseline software version identifiers are listed below:

According to Huawei/Honor, minimum 6 GB free space is mandatory to install the beta updates properly. Having root access may create problems while installing these EMUI 9.1 builds, thus it is advisable to restore stock firmware beforehand. As readers may notice, interested users have to submit a handful of unique identifiers such as both IMEIs as well as MEID via an online questionnaire. Further details can be found in the official beta recruitment thread.

FYI, the current EMUI 9.1 beta is only applicable for Chinese units. Global users can install the builds after rebranding their phones, but this is not the appropriate place for such discussion.

Huawei P10 Plus and Honor 9 are now getting EMUI 9.1 update with July patch level, EROFS & GPU Turbo 3.0. The August security patch for P10 (Plus) can be located too. Details here and here.

EMUI 9.1 update for Huawei P10 is now available across multiple regions as OTA. The OEM also pushed a minor patch to improve fingerprint unlock speed. Head over to this article for further info. 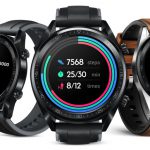 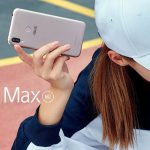