If you remember, the Honor 9 Lite EMUI 9.1 update started rolling out last month. In fact, we were one of the first publications to highlight that the device got its Android Pie update in the form of EMUI 9.1, skipping the EMUI 9 build altogether.

However, a quick look at the change-log for the update revealed a major feature was missing. The functionality in question is GPU Turbo 3.0, which is one of the key features included in the EMUI 9.1 update by Huawei.

For your reference, here’s the change-log for the update, which carried a build number of 9.1.0.112 and weighed in at 3.04GB for the complete package:

Heck, even the EROFS feature was seemingly missing.

Well, if you were disappointed that the Honor 9 Lite EMUI 9.1 update didn’t bring along key features, you’ll be glad to know a new update has started rolling out which includes both GPU Turbo 3.0 and EROFS.

We’re seeing reports from several users who have received this new update which carries a build number of 9.1.0.122 and weighs in at 242MB. Following are a couple of user shared screenshots: As you can see, the change-log lists some other changes as well. For now, the update seems to be rolling out in India at least (as we’re seeing reports about this update on the Honor India forum).

Confusingly, some users are reporting about the same update but with different change-log. Here’s one shared by a user: It’s currently difficult to say what’s going on, but we’re looking for more information. The story will be updated as and when we get more info on the matter. Until then, let us know which update are you seeing on your unit.

Those of you interested in more Huawei/Honor related news, updates, and bugs/issues may route here. 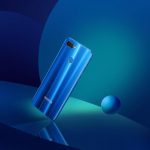 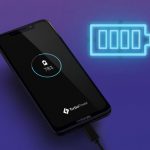