Coming to Honor 10’s lighter kin, Honor 10 Lite, the device was to receive the Android Pie-based EMUI 9.1 update today onward. The OEM itself confirmed that HiCare app registration as well as the OTA roll out for EMUI 9.1 on Honor 10 Lite will be started by August 02 (which means today itself).

And looks like, the OEM has once again managed to fulfill their commitment, as EMUI 9.1 is now live for Honor 10 Lite phones. The update (sized ~3GB) bears build number 9.1.0.263 and carries along the July patch (instead of the latest i.e. August).

However, this update surprisingly doesn’t add support for GPU Turbo 3.0 and EROFS technology which all other Huawei/Honor phones that have been upgraded to EMUI 9.1 have received, excluding Honor 20i (which received the patch just yesterday). Why so? Well, only Honor can tell that.

GPU Turbo 3.0 and EROFS is nowhere to be seen in the update changelog, as can be seen below:

This update optimizes the display effects and colors, and streamlines Settings items.

Standardizes colors for a more fluid and dynamic display, and optimizes haptic vibrations.

Fixes an issue where images are not aligned when the screen is rotated when making video conference calls.

Even device users who’ve received the patch are confused as to why EMUI 9.1 specializations GPU Turbo 3.0 and EROFS support haven’t been provided in the latest update.

While reverting back to one such query, Honor Service at the company’s official help forum explained GPU Turbo doesn’t show in the device settings, but is enabled by default. However, Honor Service didn’t confirm anything specifically regarding GPU Turbo 3.0. Even if we go by what they said, then why did the OEM list the feature in the changelog of EMUI 9.1 on other Honor devices like View 10, 7X, 8X, 8 Pro, but not 10 lite and 20i? And what about EROFS technology?

It could be either ways. GPU Turbo 3.0 and EROFS are either excluded from EMUI 9.1 on Honor 10 Lite (and 20i), or they’re just not been mentioned in the changelog but have been incorporated silently. It’s a bit confusing, but we’re looking for more clarity on the matter, and will keep you posted.

The update is now hitting Honor 10 Lite units in India too. 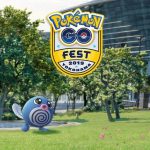