Rebranding is the not-so-secret weapon of Asian Android OEMs that they often use to lure the customers. For example, Mi CC9e is a perfect midranger if you prefer Xiaomi’s ecosystem and their custom skin. Wanna opt for stock Android? Mi A3 is here!

In one of our older articles, we highlighted the extent of this anti-consumer practice. After a teardown of 2019’s Honor 20i, someone exposed the uncanny similarities between the phone and its predecessor – Honor 10i.

Take out the NFC module from Honor 10i (also known as Honor 20 Lite) and you will end up with Honor 20i. All these phones are sharing a common device codename (‘HRY’). Isn’t it fascinating?

Yet another Honor device powered by HiSilicon Kirin 710, Honor 20i is also sold in India as a budget friendly alternative of Honor 20. Due to the ‘Honor’ branding, the phone runs Magic UI, which is a direct fork of EMUI from Huawei.

Honor 20i was launched with Android Pie although the upper layer was based on EMUI 9.0. According the schedule published by the Chinese OEM, it should get EMUI 9.1 update on and from August 2.

Seems that someone ‘accidentally’ pushed the wrong button, as the OTA is reportedly live for Indian Honor 20i units. Users can query the update servers using the HiCare app from their mobile and subsequently they should get the ~3 GB package available for download. As you can see, the build number of the Magic UI 2.1/EMUI 9.1 update for Honor 20i is 9.1.0.261(C675E6R1P14). Similar to improvements in the regular Honor 20, the OTA packs fixes related to camera, incoming calls (both audio and video) and overall system performance.

Apart from the fluid UI redesign, the phone is now blessed with July 2019 security patches for improved security. The complete changelog is shown in the following screenshots:

The update should not wipe your personal data, but Huawei recommends to take a back up before starting the process via HiCare app. You need at least 6 GB of free space to complete the upgrade without any hiccup.

If you want to take part in the EMUI 9.1/Magic UI 2.1 related discussions, take a look at the official update announcement thread. Don’t forget to share your experiences with us! 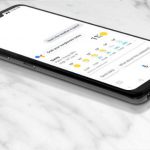 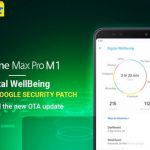