Released back in 2018, Realme 2 Pro was one of the cheapest phones in India to offer the unparalleled performance utilizing the Snapdragon 660 platform. The phone also got a sufficiently large 3,500 mAh battery, which can give enough juice paired with the energy efficient 14 nm SoC.

Notice the ‘dewdrop’ notch? Yes, Realme successfully incorporated the iconic waterdrop notch style from OPPO/OnePlus (afterall, they are connected with each other :P), which houses the 16 MP selfie camera sensor.

Realme 2 Pro was launched with ColorOS 5.2, which in turn based on Android 8.1 Oreo. After conducting a brief beta testing of Pie based ColorOS 6, the OEM pushed the red button at the end of May. However, several Realme 2 owners faced bootloop after installing the initial Pie build. 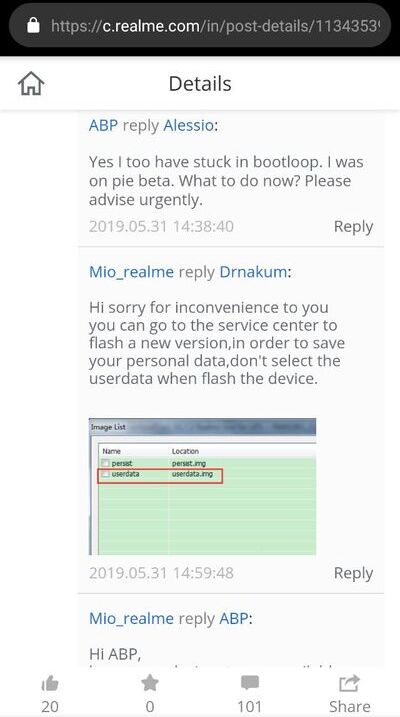 Realme acknowledged the issue and pulled back the buggy Pie OTA. Around a week later, they re-released a new build of ColorOS 6 in a staged manner. After monitoring the status, the OEM finally listed RMX1801EX_11.A.21 build as the stable Pie update on their site.

More of less a month later, Realme 2 Pro owners are now reportedly receiving a new update notification on their phones. The size of the incremental update is quite large – nearly 645 MB – and it is carrying the build tag of RMX1801EX_11.A.22. I should remind our readers that Realme lately pushed a bunch of new updates for their entire product portfolio, except Realme 2 Pro till date. For example, they silently published a new build as part of the wider Pie distribution for both Realme 2 and Realme C1.

On the other hand, Realme U1 and Realme C2 got relatively minor bugfix updates. Not only that, both Realme 3 Pro and Realme 1 started to receive July security patches. Matter of fact, Realme 2 Pro becomes the part of the latter group, as the new update bundles newest patchsets. 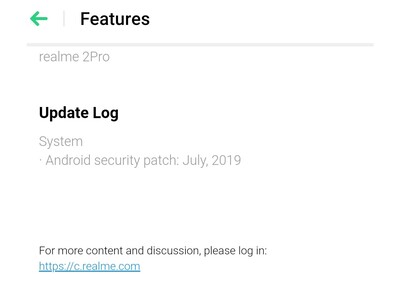 For a typical security update, the size of the update is exceptionally huge. Is there any hidden fix included, such as a patch to address the long-due slow Face Unlock issue? Unfortunately the answers are not known to us currently.

Realme is gradually dispersing the new OTA across regions, so Realme 2 owners are requested to have patience before smashing up the ‘Check for updates’ button. We know that Android Q for Realme 2 Pro is not happening, so stay happy with Pie based ColorOS 6 updates.

The article will be updated after we capture the full update package. Stay tuned!