After tons of speculations, rumors and guessing games, Xiaomi (or should I say Redmi?) finally launched the Redmi K20 series in India. Unlike Europe, where only Mi 9T (rebranded K20) was released so far, both the regular K20 and the beefier K20 Pro are now available in Xiaomi’s biggest market outside China. In one of our previous articles, we mentioned that the regional firmware targeting India became live for Redmi K20 a day before the official unveiling. The practice is nothing new, as OEMs tend to push one or many day-one OTA updates for their gadgets.

At that time, we were unable to locate the Indian firmware for Redmi K20 Pro (codename: davinci). We stumbled on some evidences earlier that stipulated the identicality between Redmi K20 Pro and (alleged) Mi 9T Pro, but the mystery was not deciphered properly.

Nonetheless, the Indian Redmi K20 Pro units are now getting their day-one update in the form of MIUI 10.3.3.0. Most of the early adopters should get their phones with this build pre-installed though, as only a handful of people have the access to the phone right now.

As you can see, the new build bumps the security patch version from May to June. The update also brings various camera filters and enhanced the Beautify mode.

According to the Xiaomi update server, the full changelog should be as follows:

– Optimization: UI for Beautify and filters

– Fix: The app force closed after signing out of Mi Account

Can you notice the discrepancies? The actual changelog does not mention anything about the ’24-hour wallpaper’ thingy. Judging from the description, the feature should be related to the lock screen clock with 24-hour format.

In fact, the portion about customizable lock screen clock is absent from the real life changelog as well. We do know that those options are part of MIUI 10.3 branch, as a bunch of Mi and Redmi phones have got them via OTA updates.

After digging a bit through the firmware, we discovered an interesting fact. Both Redmi K20 and Redmi K20 Pro in India comes with POCO Launcher as the default system launcher, instead of the stock MIUI launcher. Only Pocophone F1 featured a similar setup in past.

PiunikaWeb followers should remember that there was a rumor about launching the Redmi K20 series in India as Poco F2 (and Poco F2 Pro). Could this be the residual of the cancelled-at-last-moment plan?

As always, the download link of the full recovery flashable update package can be found below. Without the help of yshalsager and the Xiaomi Firmware Updater project, OTA tracking would be much more harder!

Are you planning to buy the Redmi K20 Pro? Comment below. 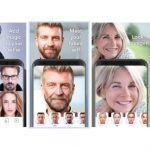 FaceApp server down and not working? App not processing photos for many, gives 'something went wrong' error Still waiting for EMUI 9 update? Walk into a Huawei service center to get it easily and quickly