US carrier branded phones are often subject to delayed updates compared to their unlocked global counterparts. Even Samsung Galaxy S10 series is not an exception, as the June security patch is available on international models since quite a few days, but nothing on US units.

Let’s rewind up a little: while T-Mobile, Verizon and AT&T Galaxy S10 models got ASD9 build as May update, Sprint models got ASDA build in the same month. US Unlocked models were blessed with ASDB build, but none of them featured the highly anticipated camera night mode.

Remember when the March update for T-Mobile Galaxy S10 got leaked days before the actual release? Thanks to the internal design of Samsung firmware, the incremental OTA zip could be installed on any carrier specific (except Sprint) unit.

As a matter of fact, the April update (ASD7) for the US models was leaked as well. Continuing the same saga, the June update for Samsung Galaxy S10+ (nothing for regular S10 or S10e for now) is now available via an ‘unofficial’ channel. There are a couple of interesting things here: first, the incremental package needs ASD9 build as a prerequisite. That means T-Mobile, Verizon and AT&T Galaxy S10 Plus owners can sideload the update, but those who are using the Sprint and US unlocked variant are out of luck.

Secondly, the build number of the update (G975USQS2ASF7) confirms the existence of v2 bootloader (same as global Exynos powered models). Consequence? There is no way to revert back once you are on this build!

XDA Recognized Contributor Rydah, is the mastermind behind the leak. Incidentally he is same guy who leaked the April update for Galaxy S10 earlier.

XDA’s Max Weinbach, on the other hand, hinted that there could be new builds based on the B series. However, the leaked update is still carrying the ‘A’ tag.

At this moment, handle the leaked build with utmost care. We don’t know whether the carriers will finalize this ASF7 build or move to something newer. Regarding camera night mode, we have reached out to some users who sideloaded the build, but they have yet to reply.

Download, copy to SD card and power the phone down. After it’s off, hold power, bixby and volume up until you see Samsung S10+ screen, or you can hold until you see the blue screen, then let go. Choose update from sd card and choose the dowloaded file you copied to SD card.

Do let us know your findings after installing the leaked June update for US Galaxy S10.

The update is now available officially via T-Mobile update servers. Interestingly, Verizon and AT&T users still need to wait more to get the OTA via ‘official’ channels.

However, camera night mode and QR code scanner functionalities are not present in this build.

Verizon is rolling out a second monthly update for the Galaxy S10 lineup with the same June patch. For further details, take a look at this article. 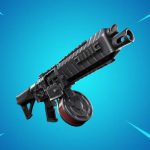 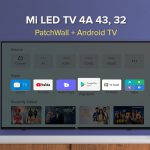