Traversing through the (public) codebase behind a popular app/service/device is a addicting hobby for some people. Sometimes you can anticipate about an upcoming software update days before the actual release. On the other hand, you can also track the progress of a patching an existing bug.

The habit is kinda same as official OTA update tracking for Android phones, and we shamelessly invite you to check our OnePlus 7 series update index to get an idea about the amateur interest.

As a matter of fact, tracking these changes is hugely beneficial to protect yourself from suddenly introduced new features that may hamper your usual routines. For example, the in-app dark mode in Google Chrome syncs with underlying operating system. A huge chunk of users do not like the design. Talking about dark mode in third party apps, Google is holding the pole position to add a native darkish/blackish theme in their apps. In case of iOS, true system wide dark mode is yet not available without jailbreaking.

However, a number of app developers has already integrated necessary assets in their apps to support dark mode under iOS. And no, we are not talking about the smart color inverter accessibility feature in iOS 12.

Apple’s own browser, Safari, does not support true dark/night mode in iPhone or iPad. Looks like the shortcoming gives Google another reason to work hard and bring native dark theme for Chrome under iOS.

Believe it or not, it is really happening. In last few days, there are tons of new bug reports submitted inside Chromium Bug Tracker, which are somehow related with dark mode implementation in the iOS variant of Google Chrome.

From Settings page to download tab, Google engineers are working relentlessly to polish up the UI so that the level of inconsistencies are as minimum as possible. The changes are scheduled for Chrome Milestone 78, which is scheduled to hit the feature freeze phase on August 23. The iOS beta should be rolled out by September of this year, which is (un)surprisingly inline with the tentative release window of iOS 13.

Do you use Google Chrome on your iPhone? Let us know by commenting below. 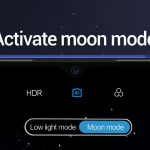 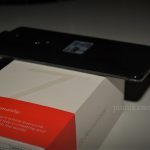