All hail the dark mode!

I’m not gonna start with those endless light themed apps (including IDEs) memes, though one can’t simply neglect the advantages of a sleek, blackish themed environment. The definition of user experience indeed varies between people, but modern usage scenarios do add extra bias towards dark mode.

The increasing usage of AMOLED screens in portable devices (such as phones) is a prime factor behind the rush towards dark/night mode. Compared to LCD, AMOLED screens can produce the ‘true’ black as the corresponding pixels are basically turned off.

As a consequence, the display becomes much crisp and does not put extra pressure on eyesight, especially when users are accustomed to interact with their gadgets 24/7. As an added bonus, using dark mode paired with AMOLED display can save a huge amount of power – even Google acknowledged that.

At this age of ubiquitous connectivity, the internet browser is undoubtedly one of the most used applications across various platforms running different operating systems. Major browsers like Mozilla Firefox already supports native night mode which can be controlled manually or via OS settings.

Meanwhile, the development team behind Google Chrome introduced a similar feature in canary channel back in February 2019. Like Mozilla, their implementation was also tightly couple with underlying operating system, such as native dark mode of Windows 10 or macOS Mojave.

With the release of version 74 via stable channel, Google Chrome finally brought the native dark mode to Windows 10 users. Mac users got similar support in v73. In case of Linux, Chrome now tries to detect the theme of the desktop environment and match accordingly.

It is worth mentioning that the night mode support in Windows 10 may not be available for everyone. According to a Chrome Community Manager, Google is rolling out the feature gradually.

Thanks for taking the time to reach out, and for your enthusiasm!

I can confirm that we are rolling out this feature to a small number of Chrome M74 users now, and that it will become more widely available in the near future.

While users can force Chrome to load the dark colored UI by passing the “–force-dark-mode” parameter, some of them rather prefer to follow a simpler method, i.e. using blackish themes.

However, a number of users have reported that the download bar becomes unreadable due to improper color combination after Chrome 73/74 update.

Hi, the issue is that at some point there was an update and my Chrome browser changed. The downloader bar is a dark grey/black, and the font is also black. Only the content icon is normal coloring. This is problematic, as I am unable to see what is being downloaded. I tried reseting the theme. I tried changing the themes, but the issue is still there, regardless if the theme has been changed. This is very impractical for me.

Learning a lot in a few minutes..

It’s caused by dark mode themes. They don’t effect the Download UI except for the text. This means the text colour changes to a white or light grey making it hard/impossible to see the name. Chrome’s official Just Black theme causes this and the GTK+ theme on Ubuntu causes it if Ubuntu is in dark mode.

The themes were reportedly working without any hiccups on older version of Chrome, but they started to mess up the bottom download UI with impossible-to-read contrast in background color and text with the new updates in Chrome.

Interestingly, only Windows 10 and various Linux distro users are affected by the bugs. There is a high probability that Chrome’s built-in dark mode implementation is somehow colliding with the external themes.

I have the same issue. Its white, only showing the icon, with white text on white bg. I thought it had something to do with my theme, or an extension I downloaded. I disabled everything and its still an issue. hope it gets resolved soon.

Chrome just updated and since I’m using 74.0.3729.108 (Official Version) 64 bits seems like the Dark Theme crashed something. Removing the theme will temporarily solve the problem!

Chrome users are forced to switch to light mode to get rid of the bug. For some users, resetting/uninstalling the theme and reinstalling it from Chrome Web Store fixed the glitch.

I was having this issue and just resolved it after reading this. I reset the theme to default and then switched it back to Just Black and the download bar is displaying correctly now.

Looking at the Chromium Bug Tracker (here, here, here), we can ensure that this particular bug is indeed caused by the internal theming engine. Currently, the theme engine fails to regenerate the third party theme elements properly, results in a botched up UI elements.

The development team is planning to tackle the situation by forcibly increment the theme version number on the fly to re-register the UI components. Uninstalling and reinstalling should give you same output, as reported earlier. Although no ETA has been announced yet, Google may rollout the fix via an minor incremental update after adequately testing it. The next stable version (v75) should contain the fix for ‘download bar no text’ out of the box.

Before cherry picking the change, can you please confirm if this is a safe well tested change? We’d like to ensure that risk is 0, as we ramp-up M74.

Are you facing trouble to read the filenames in the download bar of Google Chrome? Let us know by commenting below. 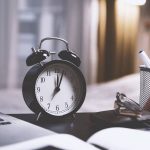