Maintaining a tidy workplace, well, it’s a complicated task! Leave the office/home desk, even the desktop of your computer is often substitutes the Recycle Bin/Trash, note taking app, long time archives and a place for let’s-keep-it-now-will-look-into-it-later stuffs.

As a matter of fact, mainstream operating systems do come with a handy feature to organize your digital workplace. The virtual desktop functionality is especially useful when you are working with a not-so-large screen with multiple active applications/tabs in your browser.

The Windows community is accustomed with the term Multiple desktops (Windows Virtual Desktop is an entirely different thing), while Linux users are are familiar with the components like Workspace. macOS also supports multiple desktops via Mission Control.

When it comes to Chrome OS, the situation is kinda different. Google’s dream of a lightweight browser based OS is already a big thing, while the possible merger of Android and Chrome OS is a hot topic nowadays.

However, the support of a proper virtual desktop is still missing from the Gentoo based OS from the Mountain View giant. Android Police interviewed Google’s Kan Liu, the senior product manager for Chrome OS, who first hinted about the upcoming ‘Virtual Desks’ feature.

Since then, we have seen a number of video demos of this feature from the Chromium team. Lead by a Google Engineer named Ahmed Fakhry, the developers are working hard on this domain since late 2018/early 2019.

Dragging active windows, stacking them up, per desktop icons and window positions etc. are already being incorporated in the codebase. The latest changeset (v8) also enabled familiar Alt+Tab integration.

This CL implements the global shelf and Alt+Tab window activation:

– Windows on inactive desks can be activated via the shelf or Alt+Tab,
upon which the active desk will be switched.

– Shelf menu lists browsers from all active and inactive desks.

Besides the demo videos, there is no simpler way for end users to experience this wonderful feature prior to the official release. The Chromium OS codebase is open source, thus it is possible to compile the latest canary branch, but that’s not a feasible solution.

Well well well, the situation is getting an overhaul, as Ahmed Fakhry has recently added another commit. The new codebase now features a new flag via which users can toggle the experimental Virtual Desks on their own!

As you can see from the description, the flag will be disabled by default in the current canary branch (76). It could be possible that the next update via this branch will enable it from the beginning.

Experienced users can change the value anyway via manually toggling the flag: To test this flag, you have to install the latest canary channel update for Chrome OS. For that, the Developer Mode must be enabled. Unlike Android, there is no universal way for accessing this mode, so you need to go through your device specific steps.

Afterwards, you need to tell the secret words to switch to canary builds.

That’s it Now check for updates and you will be getting the bleeding edge canary builds of Chrome OS. When the installation is done, you are ready to fiddle with the experimental flags and freshly baked (but unstable) features.

Be prepared for some hiccups. If you are stuck with a non-functioning device, you can always get back to the stable channel by using this nifty utility offered by Google. What are your thoughts about the Virtual Desks in Chrome OS? Let us know by commenting below. 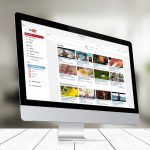 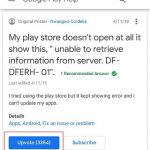