The lack of a proper dark mode toggle is bugging Android users for a long time. Although some OEMs have already implemented their own theming solution and associated dark mode UI, third party apps are not yet compatible with the solution.

Not only a dedicated system wide dark mode reduces the compatibility issues with popular apps, it also helps to reduce the fragmentation. For example, Telegram X (an alternative Telegram client) allows user to switch to a dark (I should say greyish) UI without depending on the underlying system. Despite having one of the largest pool of developers and designers, Google is facing a hard time to include a unified way of toggling dark mode (sometimes known as night mode) in their app suite.

They often do some server side voodoo to slowly rollout the new UI, which means installing the latest APK is not sufficient for you to get it. Moreover, some Google apps actually allow you turn on the dark mode from in-app settings, while others are dependent on the OS. ? 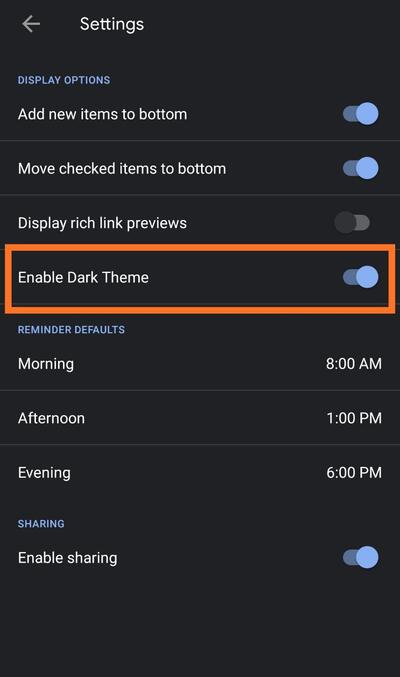 Samsung’s One UI features an integrated dark mode functionality, which seamlessly amalgamate with most of the Samsung apps. In fact, the mode is particularly handy to force third party apps to switch to the blackish theme – even if the UI is not ready for the masses!

Notice the grey colored icon and text of the WhatsApp notification; WhatsApp dark mode is still not publicly available

The newest victim of the phenomenon are the Gmail and the Google Play Services apps. As a matter of fact, the latest version of Gmail app is known to have a limited (should I say odd?) dark mode in settings. Samsung One UI users can now experience the same.

The current dark mode in Gmail is far from being complete

However, the Play Services app is a noteworthy candidate in the long list of Google apps adopting dark mode. This behemoth is responsible for coupling your phone with your Google account while playing the role of the liaison between your phone and Google services.

Both of the images have been posted by redditor u/SugarForBreakfast in this thread. Remember that Google could just revoke the theme altogether from their end, thus you may not get the sleek black UI on your Samsung Galaxy S10 like the OP.