Chinese OEM OnePlus unveiled their newest flagship device OnePlus 7 Pro this month. Powered by Snapdragon 855 SoC, the phone runs Android Pie 9.0 layered with the company’s own OxygenOS 9 out of the box. And of course, the trending pop-up selfie camera is the cherry on the top.

Kingshuk De from our team recently got hands on OnePlus’ this year’s flagship phone and is trying to make the most out of it these days. From rooting to creating an unofficial version of TWRP for the device, he was successfully able to do both. Naah, I ain’t bragging about TeamPW’s work, or am I😉? Meanwhile, our team’s man with the eagle eye Himanshu Arora found out that double tap to wake or Ambient Display isn’t working on OnePlus 7 Pro and even pocket mode feature is missing. He pitched his observations to Kingshuk, who then highlighted both the matters in his recent coverages.

Well, the men in our team have been keeping busy since they got OnePlus 7 Pro, so here I am talking about the issues that plague the older OnePlus 6/6T/5/5T devices. And before I start, these are the problems that the company itself has officially confirmed.

Recently, a OnePlus staff member (aka OP Bug Hunter) took to the company’s official help forum to inform OnePlus 5/5T and 6/6T users about some known issues with both stable builds as well as open beta versions that have either been fixed or the devs are working to resolve at the soonest. 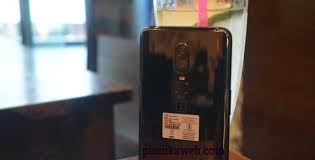 On the other hand, a couple of problems that have already been resolved include:

In addition, auto-rotation support, which is currently not available for the native Message app will be made available in the upcoming update.

As for OnePlus 6/6T’s current version of open beta, the devs are working to fix two bugs: Coming to OnePlus 5 and OnePlus 5T, both of which are currently running OxygenOS 9.0.5 (stable), two problems have been confirmed by the team and are being worked on are:

Additionally, for the Speed dial getting automatically cleared issue, the fix will be arriving in the next update. Coming to OnePlus 5/5T open beta, the problems which the team has acknowledged include:

Other than that, the devs have already fixed misplaced buttons on Multitask Window for Pill navigation. So those who were facing the issue are suggested to update the Launcher app from Play Store. That’s a good number of bug fixes. While some have already been taken care of, the company is asking users to give feedback if they are facing the other known issues, so that the devs can diagnose the actual root cause and fix it as the soonest.

So those of you who are facing any of the known issues, do share the logs with the developers through the feedback section in community app or in the forum feedback section to speed up the bug fixing process.