The bonds between Qualcomm Snapdragon SoC and OnePlus phone are pretty much legendary. Since the release of OnePlus One, the Shenzhen based OEM consistently uses top end flagship SoCs from Qualcomm in their phones.

Hey, before you object – 2015’s OnePlus X was a one time exception. I would still support the decision of using 2014’s Snapdragon 801 in it rather than opting for thermal throttled Snapdragon 808/810.

Thanks to this collaboration, OnePlus phones always feature the latest and greatest Adreno GPU paired with plenty of RAM. Combining them with the under-the-hood optimizations of OxygenOS – you’ll get a superb mobile rig that can handle even the most demanding esports.

Followers of the daily dose of OnePlus news may remember that OnePlus CEO Pete Lau queried his followers about mobile gaming in a number of past occasions.

We speculated that OnePlus was probably thinking about revamping the dedicated gaming mode in OxygenOS (like Xiaomi’s Game Turbo and Game Toolbox 2.0). To add more fuel in the guessing game, OnePlus China has announced to recruit users in their official gaming group.

The prerequisites are quite simple: you need to have a phone from OnePlus and you should be enthusiastic about mobile gaming. If you will be selected as a part of the official group, you have to submit bug reports to the moderators whenever requested.

According to the original announcement, the members of this gaming group will be awarded various goodies – starting from free tickets to future product launch events to OnePlus products.

While we are not sure about the actual intention of OnePlus behind forming this group (which should be operated on QQ), it is evident that they are trying to get user data about mobile gaming. Interested users should fill this online form before April 30 and post in the announcement thread.

While April 30 is another week away, CEO Pete is about to announce the next big thing (or at least the launch event of it), as mentioned earlier. The live stream of the announcement should be live when the article will be published, and it can be watched below:

Thanks to the (in)famous leaksters around the globe, we have already grasped a truckload of details regarding the upcoming OnePlus phones. The leakers are relentless anyway, as we now know that the 2K display panel of OnePlus 7 Pro is manufactured by Samsung. Pete has flaunted about the display a number of occasions already, including in the interview with The Verge. A product designs sketch have been published as well, which clearly shows the curved display of the Pro variant. Leakster Max J., on the other hand, published almost every major details for the OnePlus 7 Pro and the regular OnePlus 7 in a series of tweets. Apart from the already published (rather leaked!) info, the Pro variant allegedly sports the cutting edge UFS 3.0 storage.

The RAM and storage variants were confirmed by Max as well. The base model of OnePlus 7 might feature a slightly lower capacity (3,700 mAh) battery and should limited to 20W typical Dash Charging. Oh, and the second generation Bullets Wireless are coming as well. Sad to see that he didn’t have much info on the Bullets!

Meanwhile, it looks like Pete’s announcement thread becomes live, so I’m able to extract the following info from his post in the official OnePlus forum.

I’m excited to announce the OnePlus 7 Series Launch Event is coming soon on Tuesday, May 14. I’d like to invite you all tune in and watch it live or if you can join us on stage for our greatest launch event ever! I’m so proud to finally reveal what we’ve been working on. This marks the pinnacle of our dedication to craftsmanship and passion for creating breakthrough technologies.

Aha! The May 14 launch date is now officially confirmed. OnePlus 7 series will unveiled in four major cities across the world – London, New York, Bengaluru and Beijing. The schedules are as follows:

Official ticket sales are already live for European early birds, who should visit this link to grab them. For rest of the world, you should wait till April 25.

You’ll be among the first to experience our latest devices and a range of interactive activities and demo areas. The launch event is the best place to interact with OnePlus staff, Community Moderators and some of the biggest names in tech. Attendees will also be able to earn goodies that are only available at the event.

For further details, take a look at Pete’s thread here.

There you go… see you guys tomorrow! 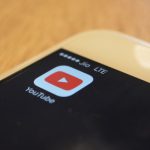