OnePlus fans may remember that the Shenzhen based smartphone maker is going to launch a superior electric battery powered car in coming days. It will be powered by the same fast charging tech found inside the OnePlus phones, thus the vehicle will be called ‘Warp Car’.

The fastest charging car will be available on April 31.

Get your hands on the fastest-charging electric car in the world. Available April 31. #WarpCar https://t.co/KNuhFFp0qn

Fortunately the prank session is finally over, thus the Warp Car is now archived alongside its fellow ‘experimental’ products – like the Dash energy drink or the Pei Coin cryptocurrency.

However, that was not enough to stop OnePlus co-founder Carl Pei from asking Tesla owner Elon Musk for giving feedback about the OnePlus Warp Car!

Jokes apart, OnePlus CEO Pete Lau chose Twitter to interact with OnePlus users about their gaming experiences. He was particularly interested in the performances of heavy games on mobile phones and the frequency of playing.

Which game do you find most taxing on your phone performance?

OnePlus Daily Dose followers should remember that Pete did the same thing with his Chinese followers. Over Shina Weibo aka the Twitter of China, he asked more-or-less the same question.

We speculated that these early hints could be indicators of the major overhaul of the existing Gaming mode of OxygenOS in future. Nevertheless, it is too early to to guess anything.

Meanwhile, Pete asked a new question to the Chinese OnePlus fans. This time, he was curious to know about the placement of the phones in hand.

The query sound pretty simple, but we can not help ourselves but to extract some cryptic hints out of it. Will OnePlus introduce a different external button placement? Probably a dedicated button for calling Google Assistant?

Let us know your thoughts by commenting below.

A few weeks go, OnePlus India team observed a colorful Holi with the vibrant presence of Pete Lau, Kevin Abosch, Zack Nelson (should I say JerryRigEverything?) alongside fans from Delhi and surroundings.

OnePlus collaborated with Louis John Cole, popularly known by his online alias FunForLouis – an English vlogger, to capture the colorful journey. The end result? Give it a go!

The community team, on the other hand, is really busy to conduct the Mobile Filmmaking Masterclass. Italian filmmaker Giacomo Mantovani is working closely with OnePlus to teach interested forum members about the tactics of filmmaking.

The third part of Giacomo’s tutorial is available now.

In this tutorial, you’ll learn more about the equipment you can use to nail the perfect shot no matter the scene. We also talk about the importance of good lighting and how to go about directing and filming actors.

I should remind the readers to vote and choose your favorite storyboard concepts submitted by the participants. According to OnePlus: The Community app comes preinstalled with OnePlus phones running OxygenOS. If you don’t have one (well, a phone from OnePlus) and are looking for a deal, I have something for you.

The exclusive McLaren edition of OnePlus 6T is a real beast, which comes with carbon fiber body, Warp Charge 30 and a lot of McLaren goodies inside.

And now, Amazon India has announced that they will soon start a open sale of OnePlus 6T McLaren Edition.

Keep an eye out for the open sale announcement for the OnePlus 6T McLaren Edition. Notify on: https://t.co/NIz21JWXsY pic.twitter.com/3RuItnQioN

Interested people should visit this link via browser or Amazon India app to get instant notification about tha sales.

Time for some bug-bash rounds! ?

The T-Mobile OnePlus 6T recently got the RCS update, which introduced a number of bugs while messaging. In one of our older daily dose of OnePlus related news, we highlighted the company’s initiative to resolve those bugs and collect feedback from users.

We wrote another article highlighting the issues, while r/oneplus users started to share their experiences with the glitches.

I’ve had this problem. Can’t get texts from many people. Often texts don’t send.

Very annoying to deal with, especially considering TMobile variants wait much longer for each update. I think this shows why carrier phones are almost always a bad idea.

(T-mobile) Disable rcs? Text from fellow 6T user not coming through from oneplus 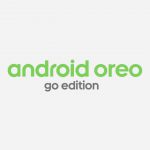