In yesterday’s daily dose of OnePlus news, we discussed a little about the discrepancy between stable and beta channel users in terms of security patches.

Google recommends OEMs to provide monthly security patches to their devices. In fact they deliver the necessary codes to the OEMs as early as possible, and share testing infrastructures with them for easier integration.

We have been developing security update testing systems that are now making compliance failures less likely to occur. In particular, we recently delivered a new testing infrastructure that enables manufacturers to develop and deploy automated tests across lower levels of the firmware stack that were previously relegated to manual testing. In addition, the Android build approval process now includes scanning of device images for specific patterns, reducing the risk of omission.

Until now, the Mountain View giant only recommended, but didn’t enforce. However, the situation is changing, albeit in a slow pace.

OnePlus announced a dedicated Software Maintenance Schedule, where they promised “2 years of regular software updates” and “an additional year of Android security patch updates every 2 months” for their smartphones. 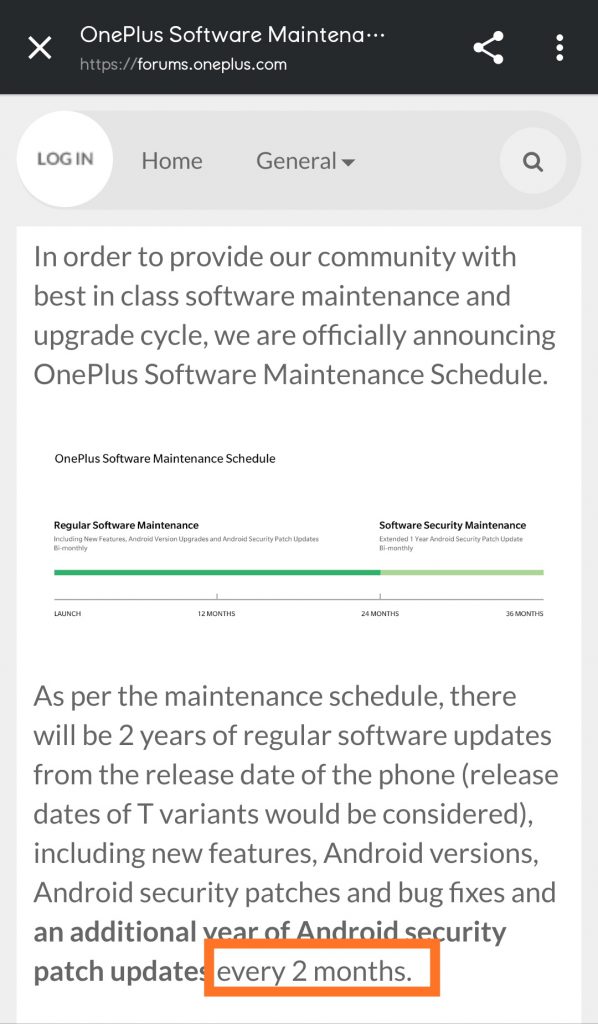 Thanks to the bi-monthly update policy, the users of OxygenOS stable branch (i.e. the majority) are stuck with January patch level.

The beta channel users, however, got the March security patches in mid-March. They started to get a second set of beta updates since yesterday (or today, depending on your timezone).

The version number of the new beta builds are as follows:

The security patch level is still on March 2019, although the Shenzhen based OEM delivered a number of UI enhancements of the stock apps with these updates.

For more details and the download links of the OTA zips, take a look at our article. FYI, the official update announcement thread for OnePlus 6/6T was not live at the time of writing the article.

Talking about updates, OnePlus 3 and 3T users have yet to know anything official regarding the closed beta of the much anticipated Android 9 Pie beta. The announcement thread is nothing but a wild west at this moment.

On the other hand, the anticipation of the upcoming OnePlus 7 is skyrocketing. Youtuber Waqar Khan uploaded a concept video of OnePlus 7 based on the earlier leaks.

The phone is shown in several color variants, including gradient ones. We stumbled on the rumor about gradient backs before, so the inclusion is not surprising.

The concept artist also shared the high quality renders, based on which the video was created. Interested users as well as digital artists may visit the repository of the pictures. After going through a series of tutorials created by Mantovani himself, participants were given a task to create storyboards for their film. 29 out of 45 contestants submitted their ideas in the forum.

Now OnePlus wants you to select the best storyboard by casting your vote.

With your help, these contestants will be able to make their movies come to life on your smartphone screens. View each thread and vote only for your absolute favorites from now to 27 March 11:59 (GMT).

We've got our top storyboards! Which one is your favorite? Also check out part 2 of our Mobile Filmmaking Masterclass for great tips. Vote here 👉 https://t.co/H72TpKOh1G pic.twitter.com/REufivIupz

The community team has created a separate sub-forum for the entries. Don’t forget to check them out!

Oh, and don’t miss the last chance to submit your idea in the 5G Apps of tomorrow contest!

Today is your last chance to submit your 5G Apps of Tomorrow idea and win a load of amazing prizes. Follow the link now before it's too late. https://t.co/JrmUMYzaAz pic.twitter.com/oUkfq5z7cq 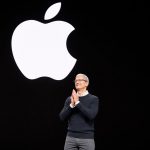