Esports (sometimes written as eSports) is genre of gameplay where players compete against each other using video games. With the exponential rise of the smartphones, a mobile specific sub-genre has been created eventually.

According to reports, 42% of the current gaming market belongs to the mobile device users. The proportion is expected to go beyond 50% by 2020.

Popularity of battle royale games, especially Fortnite and PlayerUnknown’s Battlegrounds (popularly known as PUBG) and their mobile ports are hugely responsible for the boost. OEMs like Huawei are working closely with the game publishers to tune their phones for better performance.

OnePlus, however, picked up a different strategy to engage with the mobile gaming hype. They partnered with Finnish carrier Elisa and organised “world’s first 5G eSports tour” in collaboration with Hatch. We talked about the event in a previous daily dose of OnePlus related news. In case you forgot, Elisa and OnePlus are planning to launch the first 5G phone from the Chinese OEM in Finland, sometimes in Q2, 2019.

OnePlus and Elisa are treating these platforms as pilot testing events before commercial launch of the 5G phone. In fact, they are going to be the part of Arctic Invitational – the €100,000 (~$115,000) esports tournament, which will take place in Helsinki this September. It will be the first CS:GO arena event taking place in Finland.

Elisa, OnePlus and Hatch are bringing global mobile eSports to Finland. Finals will be played on Hatch at the Arctic Invitational on Sept. 14.

The 32 finalists will be selected through qualification tournaments which will be organized in Asia, America and Finland. Winner of the final will be crowned the undisputed champion of 5G mobile gaming.

If you’re thinking that OnePlus is biased towards the Nordic region in esports involvement, you’re wrong.

Back in January, OnePlus officially teamed up with the UK based professional esports team Fnatic as their sponsor. Carl Pei, co-founder of OnePlus, gave the following  statement:

Gaming has always been central to OnePlus and working with Fnatic was, from the beginning, a natural partnership born from friendship: two like-minded organizations looking to push the boundaries.

We’re excited for this to be our first-ever global sponsorship in esports! Together, we’ll continue to change industries and attitudes, through a joint passion to Never Settle.

Whipping out my @OnePlus phone to take a selfie with my good friend in the back. pic.twitter.com/U0Ts3DGUxu

Tencent Games, i.e. the developer of PUBG Mobile, announced one of the biggest PUBG esports tournaments in India with a prize pool of ₹1 Crore (~0.15 million USD). Dubbed as PUBG Mobile India Series 2019, the grand finale of the tournament took place on March 10 at the GMC Balayogi Indoor Stadium, Hyderabad, India.

Team Soul from Mumbai was the winner, which was led by Soul MortaL – one of the most popular PUBG streamers in India. Just a week after, they revealed their partnership with OnePlus via their official Instagram account.

The exact details of this partnership were publicly available, apart from this picture. Anyway, the involvement of OnePlus in mobile gaming seems promising. Do you think we will see a gaming phone from the Shenzhen based OEM in near future? Comment below.

Talking about Nordic regions, OnePlus team has shared a dazzling video to celebrate their 5th anniversary in the Nordics.

5 years ago when we started, we had already received support from the far north. 5 years later, our Nordics community is growing stronger. Thank you for all your support no matter where you are. You motivate us to offer the best tech to you.

One can’t build a strong community without active involvements. From the sandstone back of the OnePlus One to the carbon fiber pattern of the OnePlus 6T McLaren Edition, OnePlus always connect with their fans by providing innovative design choices.

As a recognition, they were awarded not just one, but four prizes at the International Forum (iF) Design Award 2019 ceremony on 15th March in Munich, Germany.

Wow! We won 4 prizes at the International Forum Design Awards! Thanks for helping us make this happen. Get all the info here 👉 https://t.co/p6sAtsLV2I pic.twitter.com/3XA8jDPdME

Going up against 6,400  submissions  from over  50  different  countries, the OnePlus 6, Bullets Earphones and Bullets Wireless stood out from the crowd to take home awards in the Product and Packaging categories.

OnePlus CEO Pete Lau highlighted the role of community centric product development as the key reason behind the win,

Through the valuable suggestions given by our community members and a deep understanding of what people really want, we will continue to strive for designs that enrich our users’ lives through customer-centered innovation.

Still planning to switch to a gorgeous OnePlus phone? Droid Life guys have organized a giveaway as part of their yearly DL Bracket Challenge.

To celebrate the 10th anniversary of this DL Bracket Challenge (which somehow involves NCAA men’s basketball tournament), they are giving away a OnePlus 6T to the winner of the contest.

The competition is limited to US residents only. The pressure sounds pretty simple:

You don’t have to be a sports fan to enter a bracket challenge, all you need to know how to do is click a few buttons in a bracket. It takes zero skill to enter and win one of these.

For more details, visit their site.

They have not disclosed about the storage variant of the model though. Whatever it is, I guess that’s enough to store the cat video collection of the winner.

How many cat videos can you store on a 256 GB phone? Asking for a friend.

Allow me to finish it up for today. See you guys tomorrow! 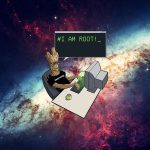 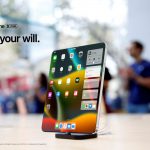