I have tried a lot to refrain myself, but failed miserably, so here we go – have you already pre-booked the ticket(s) for Avengers: Endgame? ?

See, there is this long-standing correlation between OnePlus and the Avengers. Use the Time Stone and go back in past a little… yes, stop right there! I know what you’re looking at – the OnePlus 6 Marvel Avengers Limited Edition! Unfortunately the first collaboration did not go well (“half of the universe” thingy), but are we going to see a second time team up? Well, there are a couple of hints floating around.

First, OnePlus CEO Pete Lau confirmed that the company would announce the details of the launch event on Tuesday, which is basically tomorrow (April 23). Call me sceptical, but Endgame will be released in China on April 24 – just a day after the ‘event announcement’. Wait, there’s more!

The OnePlus China community is now organising an Avengers: Endgame themed competition. Participants need to write a short article on their strategy against Thanos, The Mad Titan. Well, their weapon will be the OnePlus 5G phone!

I mean, seriously! The examples are quite fascinating though (translated from Chinese using Google Translate):

Unlock related – 5G online, always connected, I will use a plus 5G mobile phone to control the armor, one touch, the light screen fingerprint is unlocked at full speed, use the phone to summon armor. The tyrant is strong, and it is also afraid of armor.

Go on! Don’t miss the chance!

Talking about the next OnePlus phone, quite a few new details have been emerged. The first leak is all about the camera details of the ‘Pro’ variant for OnePlus 7.

According to leakster Max J. aka @Samsung_News_ (who surprisingly loves to leak Samsung stuffs!), the OnePlus 7 Pro will sport a 8 MP telephoto lens with 3x zoom (f/2.4 aperture) and a 16 MP ultra-wide sensor (f/2.2 aperture), along with a primary 48 MP sensor. While the basic details of the rear camera trio were already known, the granular data about the secondary sensors are certainly appreciatable. Max also confirmed that the 5G variant would be entirely based on the OnePlus 7 Pro model.

Well, with an addition of the Qualcomm Snapdragon X50 5G modem (obviously).

On the other hand, leakster Ishan Agarwal has shared that the regular OnePlus 7 might be released with a 48 MP + 24 MP dual rear camera setup. His not-so-much-efficient source has also suggested that OnePlus 7 might use the same 90 Hz display as OnePlus 7 Pro, but with a lower peak brightness. The absence of curved screen in the regular model has also been highlighted.

As a matter of fact, CEO Pete is very much excited with the display of the upcoming OnePlus 7. In an exclusive interview with The Verge, he has told them that OnePlus is spending three times as much on its display of 2019’s models compared to previous generations.

He put a lot of bias towards the “fast and smooth” adjectives while talking about the displays. In another separate post in OnePlus China forum, he has reiterated the following:

Yes, we will use a brand new screen this year! We invested nearly 100 million RMB in research and development expenses in order to customize a unique display that is unique to one plus. The insiders know that the screen is one of the most cost-effective devices, and the cost of adding a new screen is two to three times the cost of the screen used by the flagship machine. This requires great courage and determination.

Seems that OnePlus is planning to set a new benchmark in the domain of smartphone displays. At least Lau’s words are indicating so:

But as I said last week, the screen is the most human-touch interface that users feel most exposed every day. A good screen is crucial to creating the best user experience. I believe that once you have used the new products we are about to release, we can no longer look back. Don’t say that you don’t have a requirement for the screen, it’s because you haven’t seen a better screen!

Back to Ishan’s thread, he has also hinted that the regular OnePlus 7 model will also support 30W fast charging like its elber brother. In the US, T-Mobile will sale it on and from May 14, while it will be available via regular channels (carrier unlocked) on May 22. We have not get any concrete proof of official gradient color variants, but according to Ishan’s source there should be at least 3 distinct color options.

As you can see, the Chinese OEM merely merged March 2019 security patches along with the tighter integration of Community app’s bug reporting feature. This feature was already announced with the beta release of the Community app.

OnePlus Community Manager David Y. said the following regarding the absence of April security patches in these builds: The download links of the full update zips can be found here:

The OnePlus 5/5T users are still stuck with January patches on the stable channel, but they should get the taste of March update soon enough. 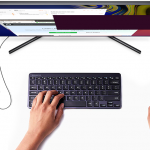