The carrier-OEM tag team is a funny drama to watch. The smartphone makers have to tie up with cellular carriers for greater market penetration. But when it comes to software update, no one knows who’s behind the delay.

According to the Android community, the carriers are the actual black hat here. Their so-called certification policies unnecessarily lengthen the update verification process.

In fact, Samsung officially acknowledges this practice in their Android security update knowledge base.

As of Q4 2018, T-Mobile is the third largest wireless carrier in the USA. While their track records of updating phones are much better than the others, the carrier is not free from unexpected woes.

Take the example of Samsung Galaxy S10 series of phones. Like every major US carrier, T-Mobile is also carrying them since the beginning. However, major network glitches are ruining the fun to have one of the most prestigious Android flagships.

@SamsungSupport any known issues with S10+ LTE signal on TMobile network? If not looks like my phone is having LTE drops and poor signal reception compared to my Note8. Please advise me with a fix.

Anyone having connectivity issues with an Samsung Galaxy s10+? from tmobile

So I’ve been really liking my galaxy s10 plus but for some reason I’m getting really bad service at my work place… now my previous s8 plus got service in a few areas within that building so it wasn’t as bad but with the s10 plus I’m not getting any service in those areas.

Sounds familiar, doesn’t it? Yes, Sprint users are also having a pathetic time with LTE/data connection for a long period.

Not only Sprint officially acknowledged the issues, but also the company issued a public statement regarding the glitch, shared possible troubleshooting steps and advised to opt for RMA as a last resort. Meanwhile, T-Mobile users are continuously posting about signal/reception issues, albeit the frequency is less compared to Sprint customers.

Same problem here, always Searching for the Network, sometimes its on Edge, Sometimes getting popups saying No Service. Selected (T-Mobile) not available. Called 611 3 times, they couldn’t say if its the phone or the network tower in my area. 4th day with no coverage, WiFi only.

Readers may remember that some Sprint users manually disabled network band 41 as a stopgap solution to resolve the connectivity problems.

Looks like Sprint customers are following the same route. According to them, selectively disabling bands is actually a helpful way to overcome the connectivity issues.

I downloaded an app called LTE Discovery, and noticed that in the areas when I would have LTE issues (would say I have LTE and full bars, but nothing would load) my phone was connected to T-Mobile’s band 4. Whenever I wasn’t having issues, I was connected to Band 12. So all I did was disable band 4.

To do this, go to your dialer and dial “*#2263#” and it will take you into the service menu. In this menu, you want to navigate to “LTE Band preference” then hit band 4 to disable it. Once that’s done, hit the 3 dots on the top right, hit more, then hit back to her back to the main menu. Here, hit “apply band configuration” and you’re done.

On the other hand, the internal ASD3 March update is now actively rolling out for T-Mobile users.

As per user feedback, this update greatly improves the performance of the ultrasonic fingerprint scanner and smooths out the animations.

Moreover, the cellular connection performances are reportedly being improved.

After March S10+ T-Mobile update, my Data speeds have gone back to normal and a little better than what I was getting on my S9+. FPS and Camera also got improved significantly! from galaxys10

Try to download the new March 1 security update. Others on here have said it helps with this issue. That way you don’t have to have a work around which disables a big usable band for tmo.

Although, there are negative reports as well.

I already tried flashing TMobile firmware and the March update, no luck. This has been the best solution bfornme so far, though still not perfect.

Meanwhile in the fastest growing region https://t.co/sf8lJe57UJ in the USA, No. 1 Best City to live in @austintexasgov, Home of @sxsw @F1 @MotoGP @acltv etc... can't even go beyond 10-20Mbps from 8am-8pm even with S10+.
NO ENHANCEMENTS/UPGRADES for YEARS!
ALL promises & lies! TY! pic.twitter.com/QpyT1ioFfN

In a typical manner, Samsung has already posted the build changelog, whereas the T-Mobile update tracker is still stating the ASBA (day-one patch) build as the latest. However, trying to extract anything meaningful from the changelogs always results in a dead end.

Guess we have to wait for a few more days (and another set of updates or more) before T-Mobile officially acknowledges these connectivity issues.

What are your experiences with Samsung Galaxy S10 on T-Mobile? Do let us know. 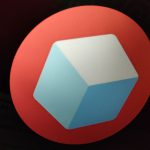 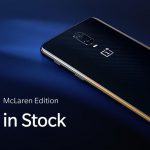