The 10th edition of Galaxy S smartphone gains superb recognition from critics. Among a bunch of fascinating innovations, the under display front camera design, however, receives polarized reviews.

For some, it is way better than the notch which was first introduced by iPhone X and Essential Phone. On the other hand, some describe it as nothing but an abomination.

Samsung engineers are also able to squeeze the proximity and the ambient light sensors behind the display, which has been confirmed by JerryRigEverything.

As a matter of interest, several users reported about a tiny blinking pixel near the front camera punch hole. The symptom can be noticed on all S10 variants.

S10+ blinking pixel over the "%" symbol when listening a WhatsApp voice note. from samsung

Hello, During a call and while listening to a voice message in Wattsap, a white pixel blinks next to the front camera while the screen is on.
Is that a problem or have more people got it?
Maybe it’s normal?
Thanks A user went one step ahead and recorded the blinks of the tiny pixel for better understanding.

While the exact reason behind the blinking pixel is unknown, some users noticed that it is behaving like the proximity sensor.

it occurs when making a call or receiving a call (normal phone calls, whatsapp calls)

during a call, if it is switch to speaker phone, it stops blinking.

during a call, if i cover that blinking pixel with a narrow strip of paper the screen will go black (as if the phone was next to the face during a call)

@UnboxTherapy hi I got S10 and when I make a call there is a tiny blinking light above the battery indicator, can you please check it

Always on Display, popularly known as AOD, exploits the working principle of OLED displays. As this technology uses next to none power to display black pixels, useful information can be displayed in a low-power mode when the main display is “off”.

Samsung introduced the feature on Galaxy S7 in 2016. Since then, it has become popular and adapted by various smartphone OEMs.

Meanwhile, it was known that Samsung put some nice animation around the display cutout of Galaxy S10. These animations will trigger after facial biometrics authentication or image / video capturing.

The Galaxy S10 and S10+ have some special effects around the hole. This has been adopted on the Galaxy A8s. It will glow when the camera is turned on and will also glow when the face is recognized. Maybe more scenes are available.
source：xda、weibo pic.twitter.com/laVxTEPIOo

Well, that’s not all. XDA contributor Max Weinbach got the following information from a member of SamCentral Discord server:

He further added that these new features would be available after future software updates:

In fact, the statement has been seconded by a Samsung Care Ambassador in Samsung forums.

Although Care Ambassadors are not official Samsung spokespersons, they are pretty much credible source.

FYI, Samsung has started to roll out the first software update for Galaxy S10+, which brought Bixby button remapping and Instagram mode in stock camera. Expect more 0-day updates before the retail release, which will unlock new features.

Have you noticed the blinking pixel on your S10 as well? What do you think about replacing notification LED by cutout animations? Comment below.

The proposed software update for S10 to bring an alternative to the notification LED via camera cutout animation may be delayed. For details, take a look here. 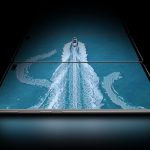