This year’s YouTube Rewind 2018 was a disaster if you talk about viewers’ feedback. It became the most disliked video on YouTube in less than a week, dethroning Justin Beiber’s Baby, which took over a year to achieve the feat, and was occupying that position for years now.

PewDiePie’s video starts the way the original video began, but then quickly diverts to what all PewDiePie thought should have been included in this year’s rewind. Besides all the funny stuff, the video – on a serious note – also remembers some of the well known personalities that we lost this year, including Stephen Hawking.

If you go by comments on PewDiePie’s Rewind 2018 video, you’ll see fans are gathering support to get the video more likes than the number of dislikes on the official YouTube Rewind 2018 video. Here’s a tweet from Mr Beast urging fans to make the video get over 10 million likes by end of this week.

I expect 10 million likes by the end of the week. Also, just because the gap is big doesn’t mean you can stop telling people to subscribe to pewdiepie. pic.twitter.com/S4uG5wBY8J

For those who aren’t in the know, PewDiePie wasn’t in this year’s official Rewind 2018 video, making it the second time in a row that YouTube’s most subscribed channel wasn’t included in a Rewind video since 2012.

And here’s PewDiePie’s review of the official YouTube 2018 video, something which he did shortly after YouTube released the video. 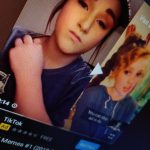 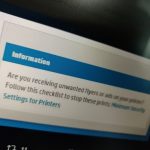